Placido Domingo: “Music can do so much to raise awareness about climate change” 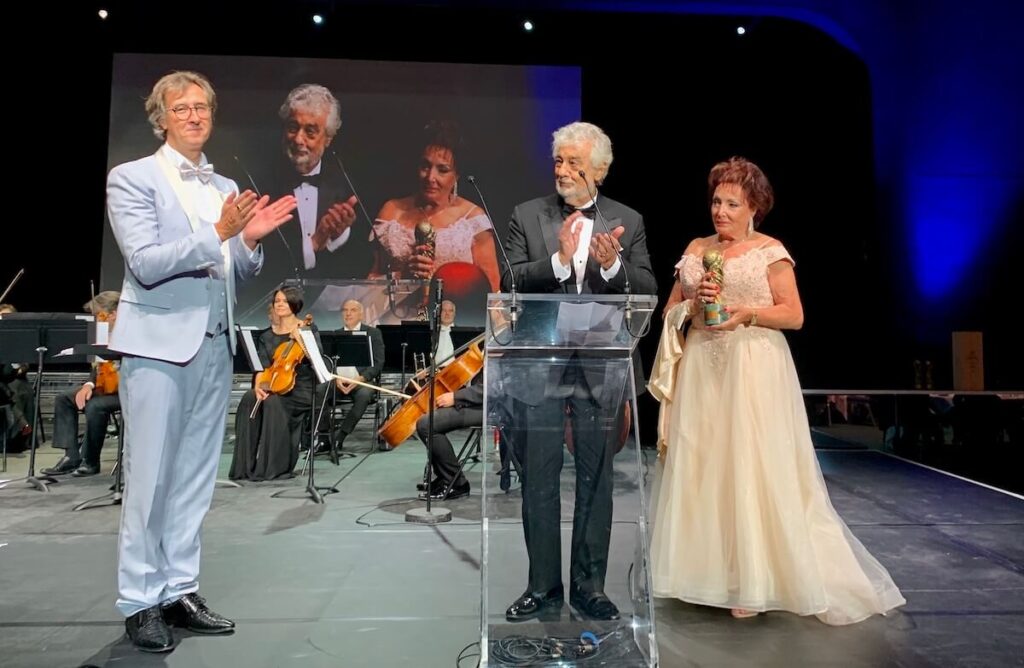 Opera singer Placido Domingo was in Monaco to receive a CC Forum 2020 award this Friday night. Monaco Tribune talked to the Maestro about the climate, activism and what Monaco means to him.

Dubbed the “Green Davos”, CC Forum 2020 brings together private investors, policy makers, thought leaders and innovative start-ups in the hope of building a more sustainable future. Mr. Domingo, who also performed at the forum’s closing gala, was awarded a CC Forum 2020 award for his humanitarian work.

In a career that has lasted over six decades, Spanish tenor Placido Domingo has recorded over 100 complete operas, alongside several orchestra-direction stints and managerial positions.

What is less known, however, is the Maestro’s decades-long involvement in humanitarian work. Through his charity concerts in his native Mexico and abroad, Placido Domingo has raised funds for victims of natural disasters and conflicts, from Mexico city’s 1985 earthquake to Hurricane Pauline in 1997.

You have organised many charity concerts for people affected by natural disasters. What role do you think music can play in the fight for climate change?

Charity concerts always have a special feel because the public recognises that you aren’t just performing, you are also working towards something bigger.

Music can do so much to raise awareness about climate change, because music is a universal language, which touches people’s sensibilities: it goes straight to the heart. I believe that artists have a role in helping the planet, especially in light of what we are experiencing.

How do charity concerts differ from other kinds of activism? Are the arts and the culture more successful in raising awareness than say lobbying or protests?

Unfortunately protests, even if their claims are just, can sometimes end in violence.

Art is able with a non-violent language to express feelings of injustice, because it sublimates them. Not to mention the evocative power of symphonic music, capable of recreating in our minds landscapes, seasons as a painter would do.

I am sure that the beauty of art can promote global awareness of these themes.

You’ve performed in Monaco many times, including at the inauguration of the Prince Rainier III Auditorium. What does Monaco mean to you as an opera singer?

I hold the memory of the Prince Rainier auditorium inauguration very dearly. I made my debut forty years ago at the Opera House with Otello: a real jewel. And just this year I will return to the Grimaldi Forum with I due Foscari, singing in a baritone role.

You’ve mentioned a few times that would like to start a singing school in Monaco. Do you think that will happen?

I have always been convinced of the importance of investing in the new generation. I have done this with various young artist programs around the world, and with Operalia, in order to give young talent the opportunity to perform in front of a panel of experts who listen to them and evaluate them. Monte-Carlo offers great opportunities, as well as being a meeting point for many different cultures; I would be honoured.