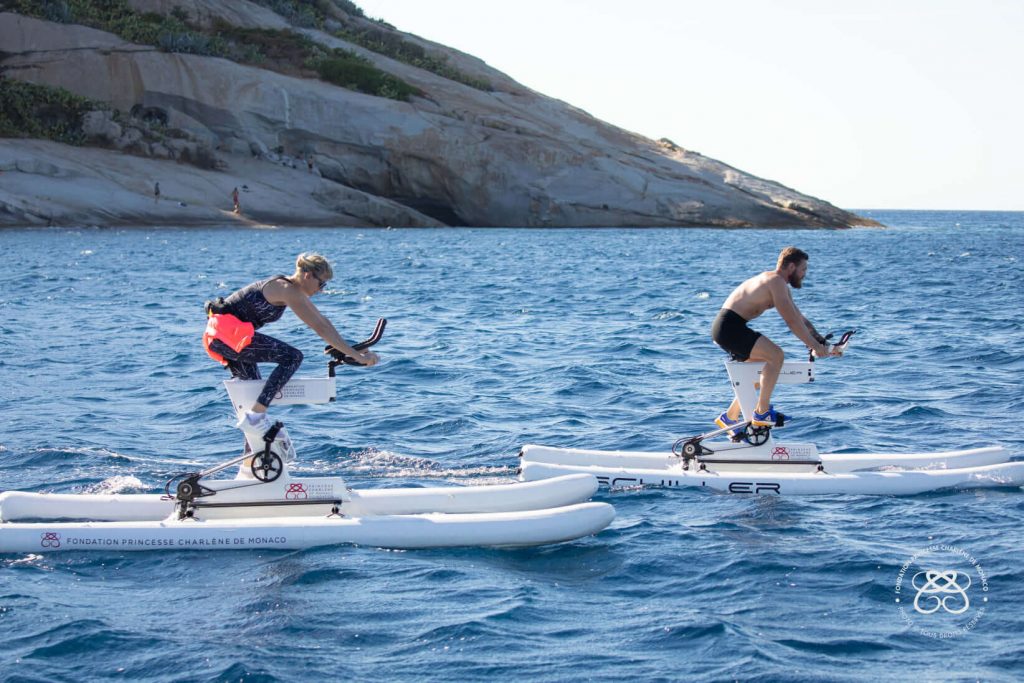 In a few days, Princess Charlene of Monaco will take part in “The Crossing: Calvi-Monaco Water Bike Challenge”, a race organised by her foundation. She will be joined in her effort by other outstanding athletes, from local Olympians to world-famous champions.

Time’s almost up. On September 12th and 13th eight athletes split into two teams will go up against each other, relaying over a distance of 180 kms between Calvi (in Corsica) and Monaco in just 24 hours. The race will be run on water thanks to water bikes. The event aims to raise public awareness about the various programs run by the Princess Charlene Foundation. The foundation, which is dedicated to preventing drowning around the world, runs, amongst other programs, swimming lessons in Ghana and Senegal.

An impressive line-up of sports personalities

Team Serenity will be headed by Princess Charlene who will have by her side Australian cyclist and former Giro d’Italia contestant Yannick Agnel, as well as Jerome Fernandez, former French Handball player and two times Olympic champion. Fernandez replaces swimmer Yannick Agnel, who due to a minor injury can unfortunately no longer take part in the race. The Princess’ last teammate is yet to be announced.

Team Notorious is led by Gareth Wittstock, the Princess’ brother and General Secretary of the Princess Charlene of Monaco Foundation. He will be joined by Conor McGregor, former Ultimate Fighting Championship (UFC) featherweight and lightweight champion, as well as Mathew Bennett, who holds the world record for rowing the Atlantic. Lastly, Monaco’s own Olympic gymnast Kevin Crovetto will also join the team.

In honour of the challenge, the Princess Charlene Foundation has launched a call for donation to help fund two of its programs: “Learn to Swim” and “Water Safety”. To help the Princess in the fight against drowning, you can donate through this page.