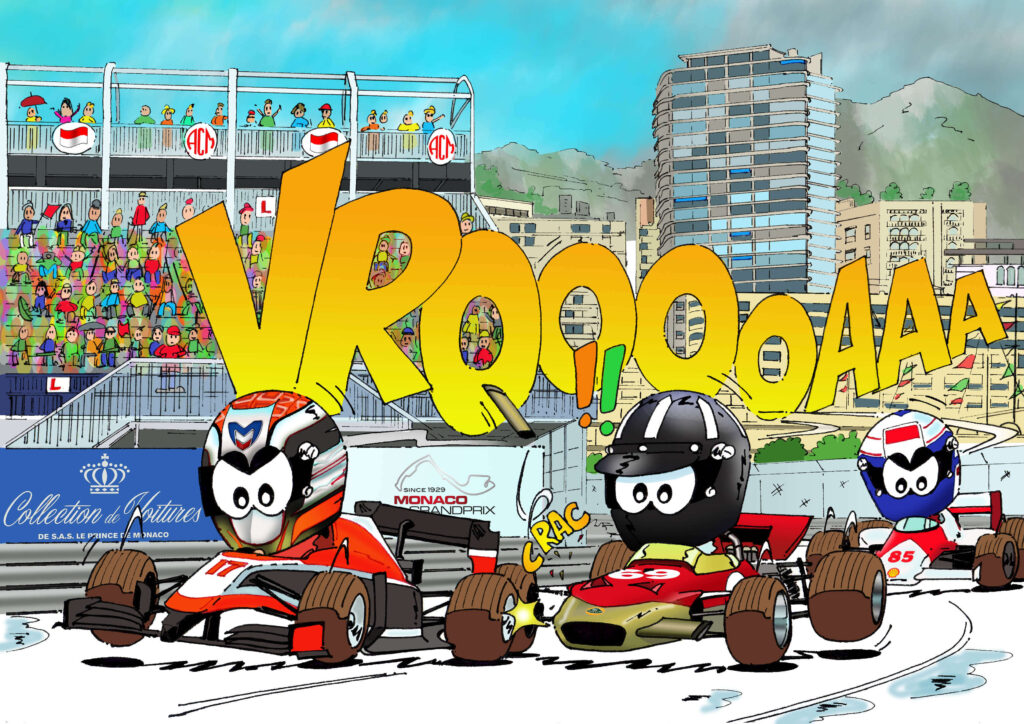 The team behind the Prince of Monaco Car Collection is looking forward to its new exhibition, following a three-month-long closure due to the pandemic. After their annual exhibition about art and motorcars was cancelled, management was eager to get started on a new project. Its newest exhibition promises an amusing twist on the usual car museum: for a month, the universe of fictional driver Antoine will take centre stage.

From paintings to a statue of Charles Leclerc

“We met through Facebook,” explains Valérie Closier when asked about the series’ creator, French cartoonist Yvon Amiel. By chance, she finds out that the most recent book in the series takes place at the Monaco Grand Prix. “Given that we did not have the chance to host our annual exhibition this year, we wanted to offer something to our visitors rather than wait until our big exhibition in 2021,” adds Valérie Closier.

The exhibition will interest car aficionados of all ages:  Art-cars, statuettes, paintings, figurines but also statues of characters of the Antoine the driver’s universe will be exhibited, including one of Ferrari driver Charles Leclerc. Amongst the exhibits will also be the 13th and most recent album of the series, “Antoine at Monaco’s Grand Prix” (Gilletta editions), which features the logo of the Car Collection of H.S.H. the Prince of Monaco.