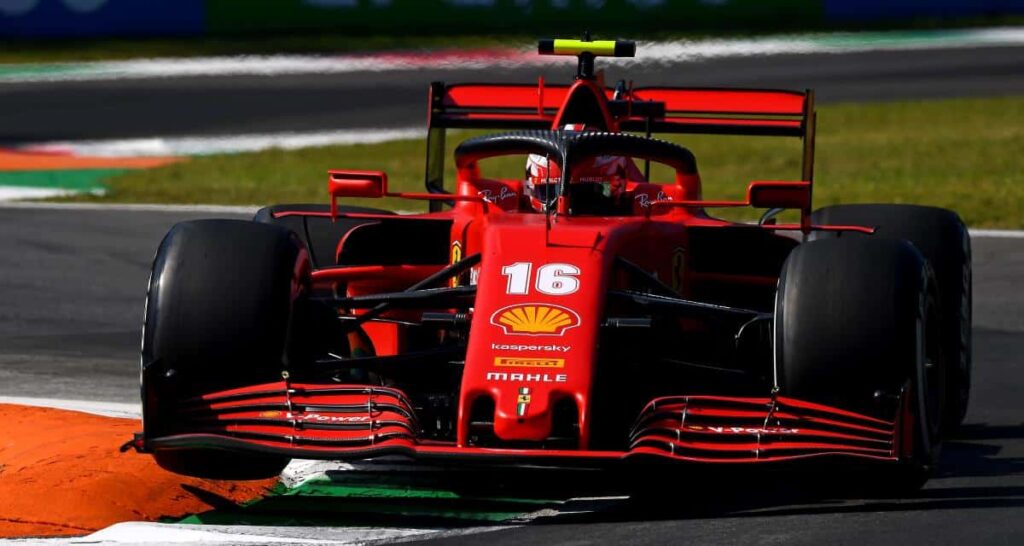 At the Portuguese Grand Prix, Charles Leclerc scored a promising 4th place under the watchful eye of Prince Albert II.

Charles Leclerc defended the 4th place earned on Saturday’s qualifying until the very end. After an uneasy start under a rainy sky, the Monégasque driver proved that he does after all have the upper hand over the capricious Ferrari SF1000.

A SF1000 that finally delivers

“There was no luck in today’s race, we just showed what we’re capable of, so it’s good for the team’s confidence, and for my confidence too,” Leclerc told French TV channel Canal+ at the end of the race. “Lately, we’ve had promising results in qualifying but then problems have arisen during the race. But today, we finally had a fast race. The beginning of the Grand Prix was very, very complicated, but we managed to catch up. We kept a fast speed throughout, so I’m very happy,” he said.

Charles Leclerc knows that he delivered a memorable performance. “It was the best Ferrari of the season. We were hoping for some results and we got them, so I’m very happy and proud of the team’s work,” he told Sky Italia. It’s very encouraging to see that the car is progressing and that we are working in the right direction. The fans would like Ferrari to bring a new car that fights for the podium, but that won’t be the case. We decided to take a step-by-step approach and it’s working. We have to keep it that way, I’m satisfied,” he said.