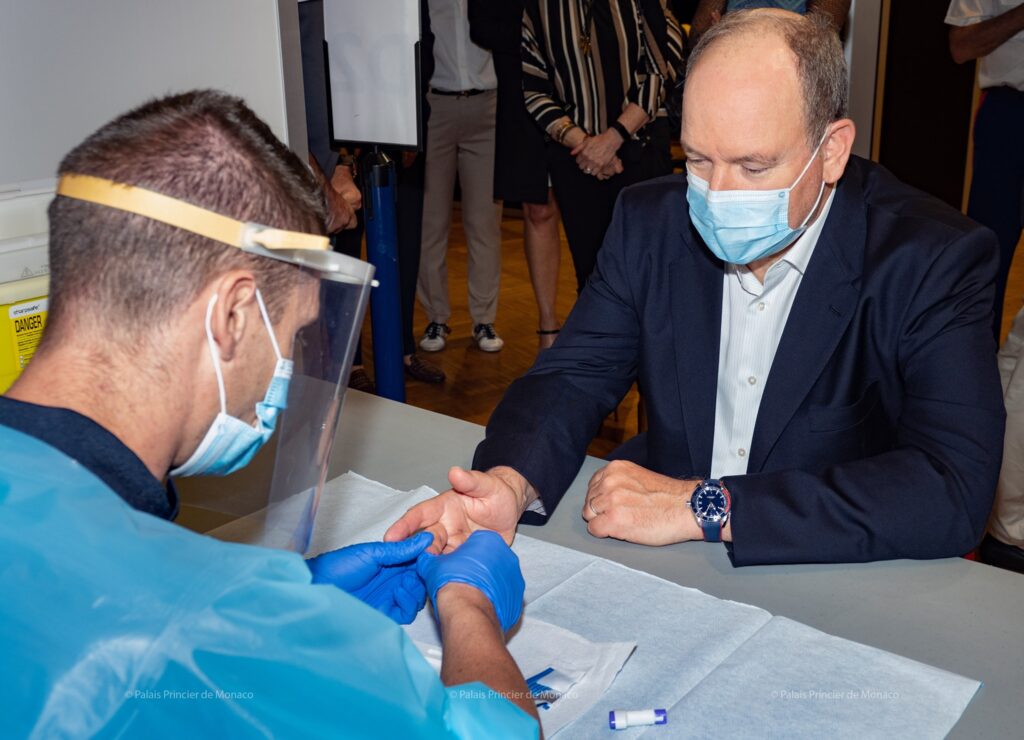 In an exclusive interview with Monaco-Matin, Prince Albert discussed Monaco’s decision to adopt a curfew, rather than the more drastic measure of a second national lockdown.

On 29 October, France announced a second national lockdown that is expected to last until 1st December. Following the announcement, there was a lot of speculation as to what Monaco would do to curb the spread of Covid-19. In the end, the Principality opted for a curfew, a decision by which Prince Albert II stands by.

Interviewed by Monaco Matin, the Sovereign stressed that “the second wave has been milder in Monaco than in France”. He confirmed that the situation is currently under control and there are still a lot of available hospital beds. As for culture,  keeping events was a sign of hope: “We decided to maintain some shows with a reduced audience in order to give a sign of encouragement to the country’s cultural industry,” he said.

Prince Albert II addressed the recent increase in cases, pointing out the increase in the number of tests being carried out largely accounted for it.  He also called Monégasques and residents to be vigilant of antigen tests: “The reliability of the results is not yet perfect. A PCR test to confirm a positive diagnosis is necessary,” he said.

Thanks to the generosity of donors, the Principality has acquired “a lab, installed at the Monaco Scientific Centre, which can process up to 800 PCR tests per eight-hour period,” explained the Prince, who added that even if the new lab can also be used for other diseases, it will still allow for an increase of the PCR tests carried out at the Espace Léo-Ferré.

It is up to French authorities to carry out necessary checks

Very much aware of the unlawful presence of French residents in Monaco, the Prince said it was up to France to police its population. “France is under lockdown and, consequently, it is up to French authorities to carry out the necessary checks to stop unlawful movement,” said the Sovereign.