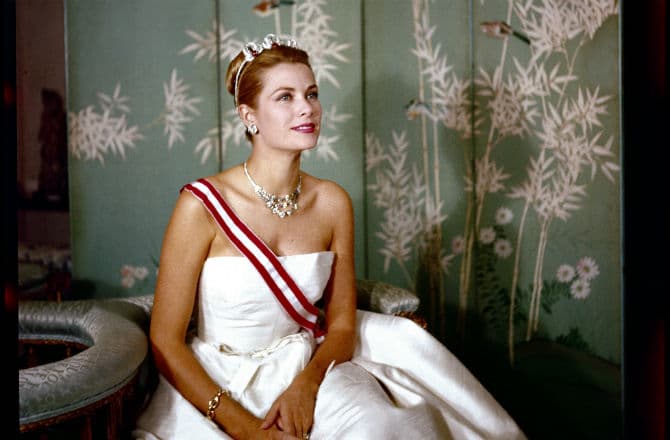 On 12 November 2020, Grace Kelly would have turned 91. America’s darling was elegant, timeless, poised, but most of all generous and dedicated to the arts and to charity. Today, her legacy lives on.

Born on 12 November 1929 in Philadelphia, Pennsylvania, Grace Kelly rose to fame in the early 50s, famously starring in Hitchcock’s Rear Window and To Catch a Thief. In May 1955, Grace Kelly met Prince Rainier III at the Cannes Film Festival. On 18 April of the next year, they were wed.

Newspapers of the world called the union between Kelly, now Princess Grace, and Prince Rainier III the wedding of the century. In Monaco, Princess Grace dedicated herself to the arts and to charity work. In 1962, she founded The World Association of Children’s Friends and was president of the Monaco Red Cross until her death in 1982.

Today, the Grimaldi family continues her legacy, from charity work to impeccable style.

Grace Kelly’s daughters and granddaughters have continued her legacy long after her death.

Princess Stéphanie, Princess Grace’s youngest daughter, has dedicated herself to charity work and is the founder of HIV charity Fight Aids Monaco, while her daughter, Camille Gottlieb, founded the Be Safe association, which fights against drunk driving.

Meanwhile, Pauline Ducruet, the older daughter of Princess Stéphanie, has taken her grandmother’s fashion genes. She is the founder and creative director of Alter Designs, a unisex fashion brand.