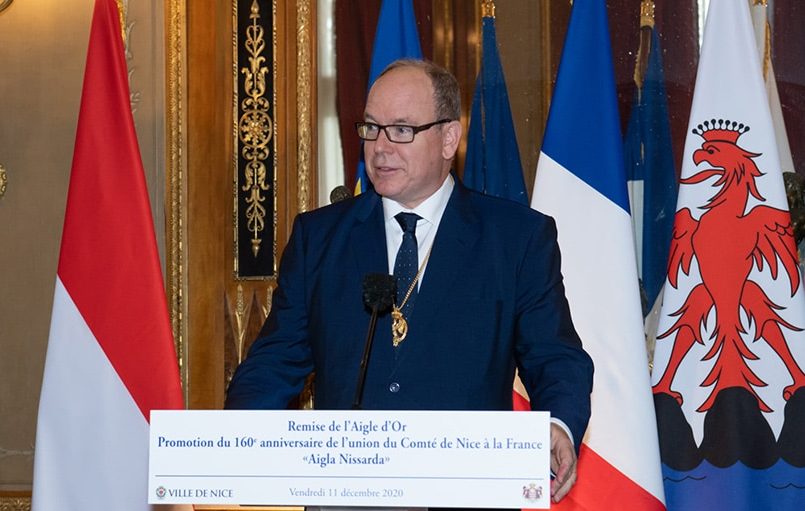 After his relentless support through a devastating storm and a terrorist attack, the city of Nice paid tribute to the sovereign prince of Monaco with the “Golden Eagle” award, the highest distinction of the Aigla Nissarda order. The mayor of Nice, Christian Estrosi also received the award at the same time.

A “Légion d’honneur” made in Nice

The order of the l’Aigla Nissarda was founded in 1962 by Léon Baréty, former minister and MP for the Alpes-Maritimes region. The order honours “people linked to the city of Nice who foster the city’s influence and growth”.
Twice a year, a council chooses award recipients. Recipients must contribute to one of the following areas: community work, the traditions and heritage of the former county of Nice, the influence and appeal of Nice, the environment, health and research, sport and culture.
The award, which gradually fell into oblivion, was put back on the agenda of the city in November 2019.

A strong bond between Nice and Monaco

The award confirms the close bond between Monaco and the city of Nice. Throughout the years, Monaco has stood by its neighbours, most recently after the terror attack in the Notre-Dame cathedral and Storm Alex, which devastated the Riviera’s hinterland. After the storm, Monaco donated 4 million euros to the affected communities.
>> READ MORE: Prince Albert II and Monaco offer their condolences, as Nice mourns terrorist attack
Share
0
RELATED ARTICLES 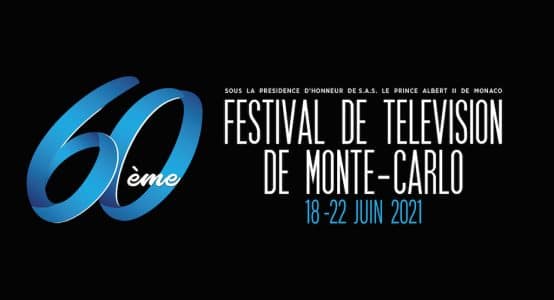