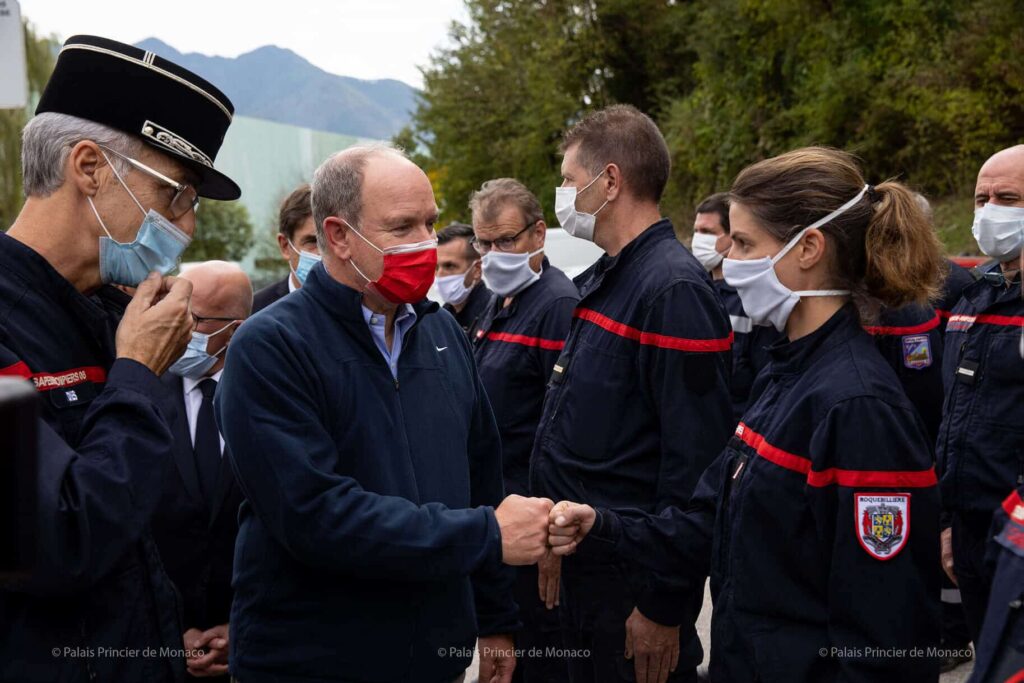 Just back from a diplomatic visit to Serbia, on 9 October, Prince Albert visited the two villages ravaged by Storm Alex.

Exactly a week after the storm devastated the Riviera’s hinterland, Monaco’s reigning sovereign visited the disaster-stricken villages of Roquebillière and Saint- Martin-Vésubie. Accompanying him were Monaco Minister of State Pierre Dartout, the president of Monaco’s National Council, Stéphane Valeri, and the Prefect of the Alpes-Maritimes region, Bernard Gonzalez.

Monaco stands by the affected populations

The Prince expressed “his sadness and his support, as well as that of Monaco as a whole”. Following the storm, Monaco was quick to organise relief initiatives:  Monaco’s Red Cross, joined by Monaco’s Diocese, launched a call for donations while Monaco’s taxi company lent its cars for supplies delivery, and AS Monaco offered some of its apartments as emergency housing. Monaco’s Government also announced an emergency fund worth four million euros, which will be divided between the French and Italian valleys most heavily affected by the storm.

Currently, the death toll stands at 5 victims. Over ten people are missing, while other bodies are presently being identified, but it is unclear whether these belong to victims of the storm.