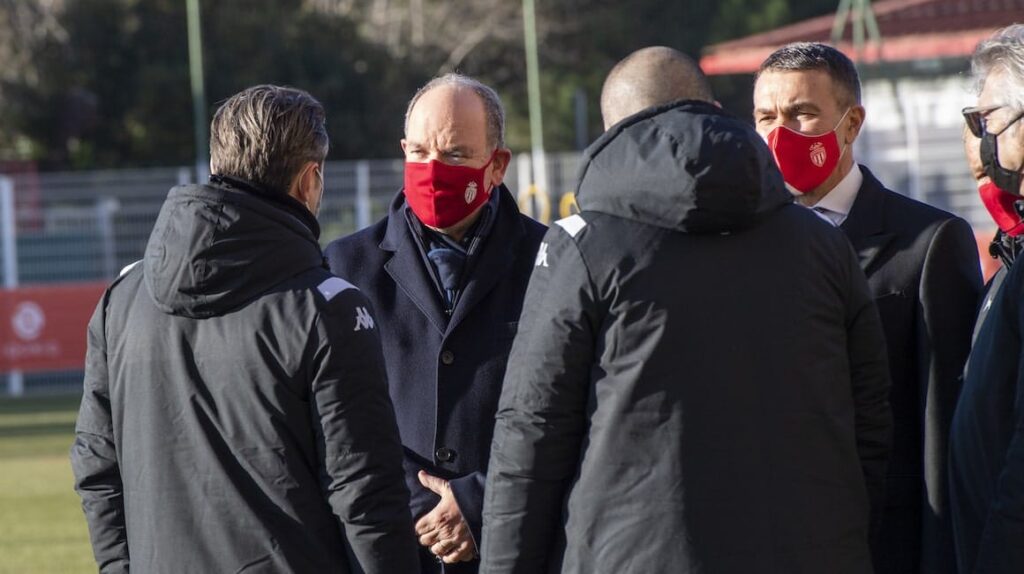 On Thursday afternoon, Prince Albert paid a visit to AS Monaco’s training grounds. Located in La Turbie, he went to meet head coach Niko Kovac and his team.

The Prince of Monaco received a warm welcome at the football club this Thursday. He was greeted by several members of AS Monaco, including: Vice President Oleg Petrov; Sporting Director Paul Mitchell and Club President Michel Aubéry. The Sovereign even had the chance to speak to head coach Niko Kovac before the team’s training that day.

A royal wish for success

Prince Albert often attends matches himself at the Louis II stadium in Monaco. As a long-standing supporter of the club, Prince Albert made sure to speak to the players. Ahead of their upcoming match in Montpellier this Friday, Prince Albert wished the players luck and success. This match features as part of the Ligue 1, a French professional league for men’s football clubs, with kick-off set for 9pm.

>> READ ALSO: Mercato: Why Zaha would be a terrific addition for AS Monaco

A special visit from Prince Albert II this Thursday. He came to the training grounds in La Turbie to wish players and staff well for the coming season.