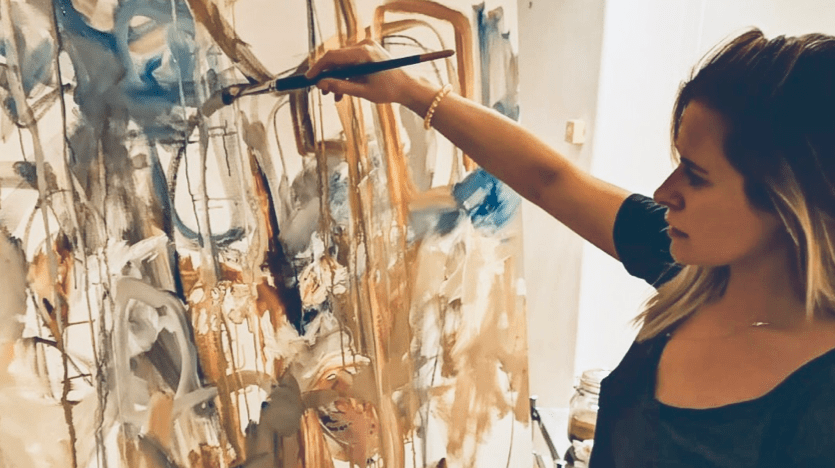 Until 6 February, Monaco Yacht Club will be displaying artwork by Boston born artist Kaitlin Kraemer. Viewers will have the opportunity to admire her vivid colours and chaotic brushstrokes in this solo exhibition.

Working full-time as an artist, Kaitlin Kraemer inspires viewers to think outside the box and appreciate the beautiful complexities of human life. After earning her anthropology degree and studying at art schools in the United States, Kraemer went on to complete a course at the Marchutz School of Fine Arts in Aix-en-Provence, France.

Her artistic talents have led her to work in development in many prestigious establishments, including Harvard University, the Courtauld Institute of Art in London and University of the Arts London. Having travelled far and wide, she finally decided to settle in Nice. Since 2018, she has been exhibiting her work at some of the most well-known displays along the Côte d’Azur.

Inspired by the world around her

On display in the IQOS gallery, owned by the Monaco Yacht Club, her works focus on the colour blue. Shades of blue convey some of life’s greatest contradictions, as she takes inspiration from the array of contradicting elements that exist both within our world and within ourselves: strength and weakness, hope and disappointment, beauty and chaos. Painting life’s portrait, her pieces feature great depth, movement and many highs and lows.

Art lovers, you have until 6 February to admire Kraemer’s creations!