Monte-Carlo Rolex Masters 2021: which players will take to the clay? 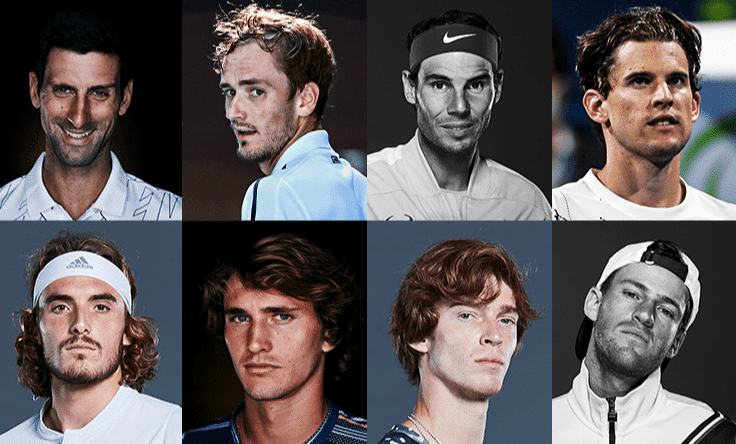 Only a few weeks remain until the Monte-Carlo Rolex Masters, but who will be on the courts? Taking place behind closed doors due to the pandemic, from the 10 to 18 April, ATP have now published the official list of players for the 114th edition of the tournament.

Rafael Nadal, Novak Djokovic, Daniil Medvedev, Dominic Thiem, Stefanos Tsitsipas, Alexander Zverev, Gaël Monfils, Grigor Dimitrov, Stanislas Wawrinka, Fabio Fognini, Benoît Paire… many stars of the tennis world will be coming to Monaco, from the 10 to the 18 April, hoping to shine in the 114th edition of the Monte-Carlo Rolex Masters.

Roger Federer will not compete

Anyone could take the title and with nine of the world’s top ten players, as well 18 of the top 20 announced to be present, the draw is more heated than ever. Swiss player Roger Federer, ranked 6th by ATP, will not be playing on the courts this year, but there will be plenty of other players to watch, particularly the Monégasque Lucas Catarina. Currently 417 in the ATP rankings, this member of the Monégasque Tennis Federation will enter the draw as a wild card… definitely one to watch!

Spectators have been deprived of their seats at the heart of the action for a second year running, but fortunately there are still ways for fans to keep up to date. TV channels will be broadcasting the matches live on Eurosport and C8 in France. However, coverage will be global, as Sky Italia, Eurosport Russia, Sky Deutschland, Tennis Channel US and CCTV in China will all be showing the matches too.

The 2021 edition of the Monte-Carlo Rolex Masters will kick off on Friday 9 April with a draw at 6.30pm in the presence of the current title holder, Italian player Fabio Fognini.

After the 2020 tournament was cancelled due to the pandemic, we are thrilled to be able to once again welcome the best players on the ATP circuit for this 2021 edition. I would first of all like to thank the players who are coming back to play on the clay courts at the Monte-Carlo Country Club, for being so loyal. Our thoughts will also be with Baroness Elizabeth-Ann de Massy, who passed away in 2020. A representative of Monégasque tennis, she was not only the President of the Monte-Carlo Country Club, but also of the Monégasque Tennis Federation and the Organisational Committee for the Monte-Carlo Rolex Masters.