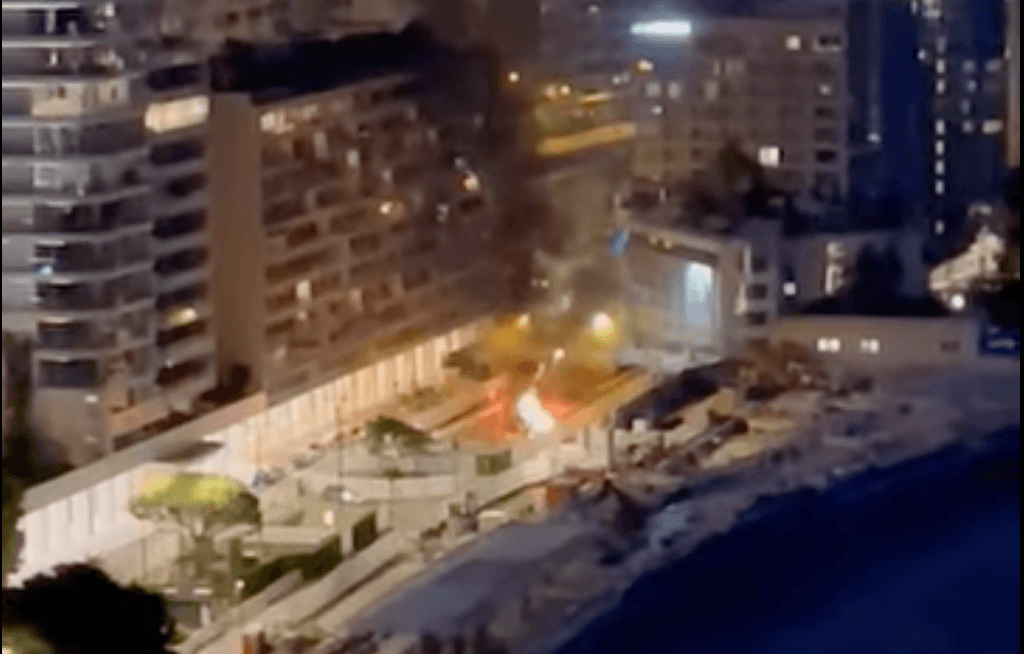 On Thursday 22 April, a fire broke out on the building site of the carpark in Larvotto, located on Avenue Princess Grace. A piece of machinery exploded last night, setting the construction works alight.

An explosion and two loud bangs were heard throughout the Larvotto neighbourhood in Monaco yesterday. Shortly afterwards, thick, black smoke was then seen to be coming from the carpark, which set on fire at around 9pm. “It was quite impressive,” one lady remarked on Facebook. “I always park there,” said another woman, rather concerned.

Many residents reportedly heard two loud bangs, which were later discovered to have come from a vehicle, parked on the carpark’s access ramp, whose wheels exploded from the heat of the blaze. Concerned locals were quick to alert the authorities and 24 of the Principality’s firefighters rushed to the scene. Other vehicles on the building site were also at risk of setting alight, so the crew had to act as quickly as possible to contain the blaze. Fortunately, after half an hour of battling the flames, the team were able to put the fire out, and remained on site to clear the smoke. Nobody was injured.