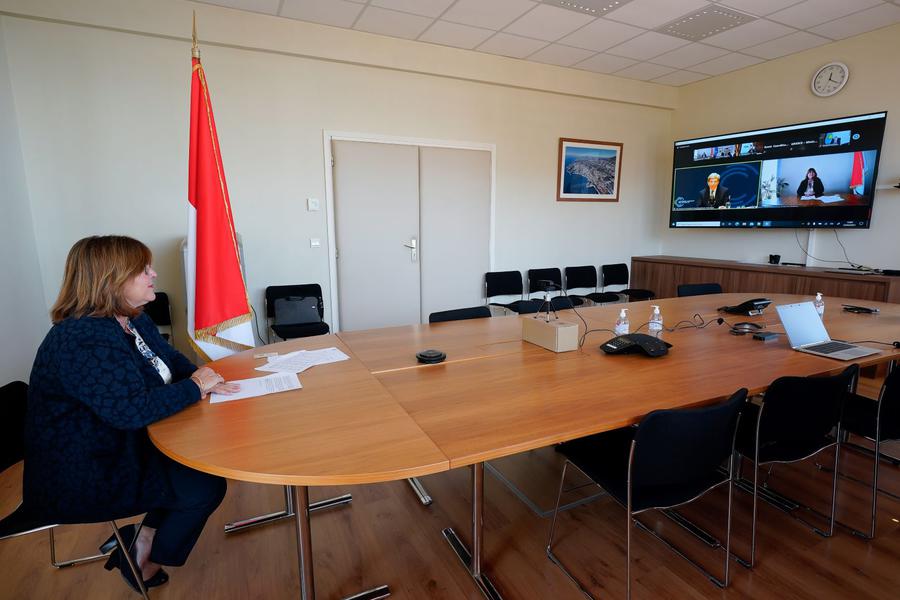 Last Thursday, the climate summit, organised by American President Joe Biden, took place. The Principality of Monaco was among the countries attending the virtual event.

This two-day meeting organised by the American government united 60 different countries with Monaco amongst the countries that came together to discuss their plans for tackling climate change.

Represented by Marie-Pierre Gramaglia, Counsellor of the Ministry of Equipment, Environment, and Urban Planning, the Principality detailed their approach to tackling the climate crisis and major interventions relating to mobility, waste and energy usage.

Prince Albert II at the heart of Monaco’s climate ambitions

Marie-Pierre Gramaglia made the most of this summit, using it as a real opportunity to explain the Principality’s responses to climate change. In particular, she spoke about Monaco’s ambition to become completely carbon neutral by 2050, as well as to reduce their greenhouse gas emissions by 2030, ideally to 55% of what they were in 1990.

The Government Counsellor also went on to explain the Principality’s commitment to supporting the world’s poorest countries, those first to be affected by climate change. It is hoped that this summit will result in positive changes for the future of our planet.

>> READ ALSO: Prince Albert II’s speech at the opening of the COP25