Ligue 1: AS Monaco finish third and qualify for Champions League 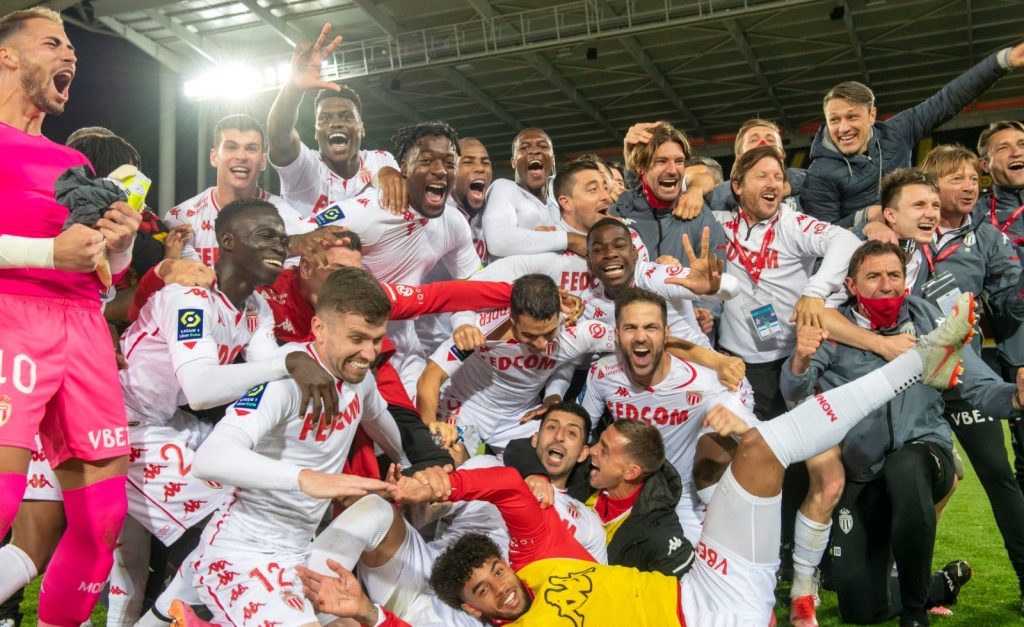 Despite only managing to draw 0-0 with Lens, the result was enough for AS Monaco to claim third place in the standings and secure their spot in next season’s Champions League.

The president of the AS Monaco Supporters’ Club (CSM), Jean-Paul Chaude, who recently passed away, would have been proud of the players, the staff, the club and the admirable season that AS Monaco has completed. At the end of an unbearable match, not in Lens, but in Lyon, where Nice won (2-3), the Monegasques were filled with joy. After an exceptional second half of the season, which led the Rouge et Blanc to the podium of Ligue 1, the result was a huge relief.

>> READ ALSO: AS Monaco’s player ratings from their hard fought draw with Lens

While Monaco held their destiny in their own hands and a win against Lens would have guaranteed them third place, Wissam Ben Yedder’s teammates received a little help in the form of neighbouring rivals OGC Nice playing away against Olympique Lyonnais. The result in Lyon ensured AS Monaco ended the season in style by qualifying for Europe’s elite competition, which is an amazing achievement by the club after finishing ninth last term.

Despite numerous opportunities, particularly in the first half, AS Monaco weren’t able to bury the ball in the back of the net. Even with the unstoppable Ben Yedder-Volland duo in play, neither the French nor the German international players managed to score. However, Olympique Lyonnais lost at home against OGC Nice, allowing AS Monaco to finish on the podium in Niko Kovac’s first season with the club.

On Wednesday, all Monaco fans will be closely watching their fate play out at the Europa League final. If Manchester United win against Villarreal, AS Monaco will directly qualify for the Champions League finals, without having to go through the play-offs. The club will find itself back at the most prestigious of European competitions three years after their last season there.

“It was an intense battle up until the end. It is therefore with satisfaction that we see this season end on the podium, an encouraging final result, and after a very good second half of the championship. In addition to the French Cup, this result validates the decisions we have taken. I would like to congratulate the players, the staff and the whole club for all the work accomplished this season with a lot of rigour, energy, enthusiasm and ambition.

Tonight (Sunday), I would also like to pay tribute the President of the CSM, Jean-Paul Chaude, who would undoubtedly have been very proud of this result. Finally, I want to thank all the fans who have always stuck behind the team despite the distance caused by the public health situation. Daghe Munegu! “

“We are all very happy. I am very proud of my players because we have had an incredible season. We played a Coupe de France final against PSG and we finished third in Ligue 1. Nobody expected that from AS Monaco at the start of the season. But it’s well deserved from my perspective. Even today we had a superb performance against a great team from RC Lens, whom I congratulate on their season. You will be able to see on social media that we celebrated wholeheartedly.”

Kovac, the club’s staff and the players will now enjoy a well-earned break following this fantastic season before coming back fully swing and ready for what looms ahead at a hugely exciting 2021/2022 crusade.