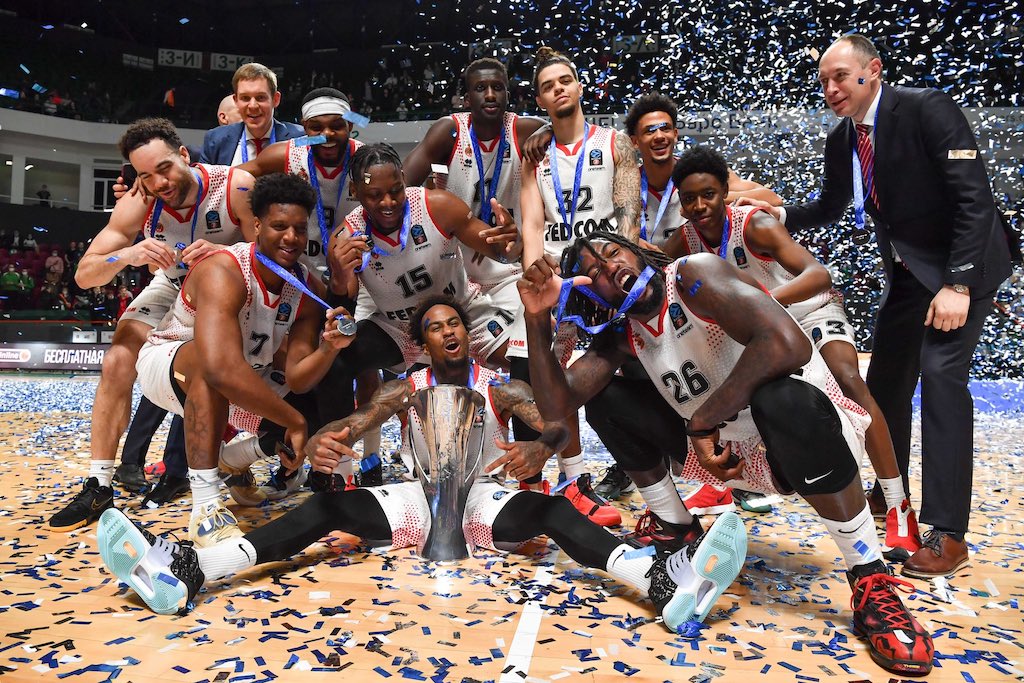 An incredible victory for AS Monaco Basket as they took the EuroCup trophy after beating Russia’s UNICS Kazan (83-86) this Friday. For the Roca Team, this is their greatest achievement to date.

Overcome with emotion, beaming smiles and tears in their eyes, the Roca Boys were delighted by their success. As Russia’s Jamar Smith missed his final three point field goal, victory was sealed for Monaco, leaving Mathias Lessort moved like never before. Having won the first leg of the finals in Monaco on Tuesday (89-87), coach Zvezdan Mitrovic and his team put in another stunning performance in Russia this Friday, showing off their shooting skills and defensive moves.

Rob Gray, MVP in the finals

Having brought so much skill to the court, Rob Gray (25 points, 4/7 three pointers) was the obvious choice for MVP in the finals. However, the whole team showed an incredible command of the court, putting pressure on the opposition, and taking the lead several times throughout the game. Despite huge performances from Jordan Theodore (15 points, 6 passes) and John Brown (16 points, 10 rebounds), they were no match for the skill and expertise from AS Monaco Basket, who came out on top, claiming their first ever European title.

Could they be crowned French champions too?

“I can’t believe it,” gasped Zvezdan Mitrovic, after the final whistle was blown. Thirty three years after Limoges and just six years after moving back up into the LNB Pro A. league in 2015, AS Monaco Basket has just earned one of the greatest titles that French basketball has laid claim to in years. Now with the bonus of being in the Euroleague, the next season is set to be a spectacular one for the Rock. Before the Roca Boys go and chase their European dreams though, they have grand plans much closer to home, hoping to be crowned French champions this year (the Roca Team are in first place in the regular season). Are even greater victories on the horizon?