Discover Haut-de-Cagnes, an artist’s playground on the Côte d’Azur 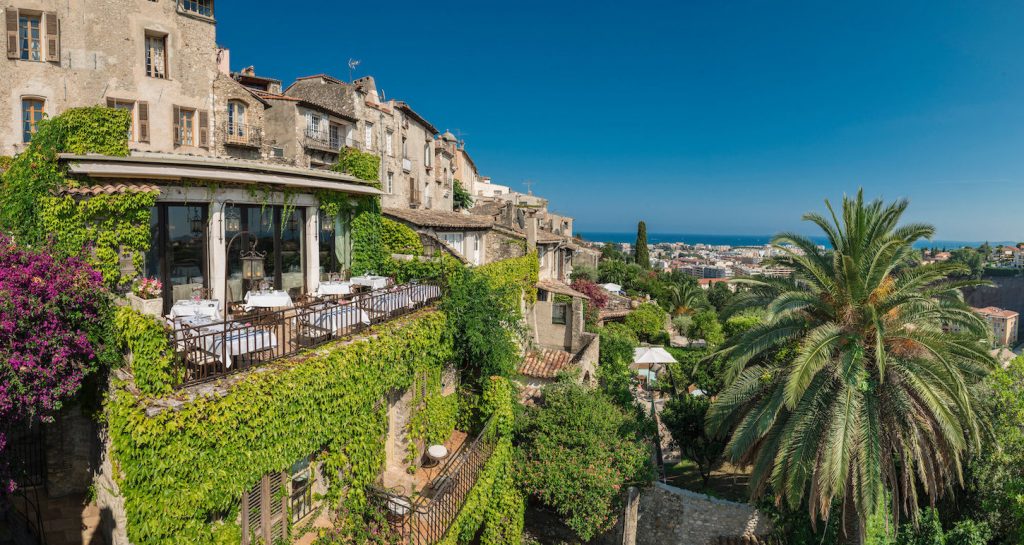 High up on the rocky hillside, the medieval village of Haut-de-Cagnes and its 14th century castle, built by the Grimaldi family, look out over the azure horizon. For over a century, artists and their easels have flocked to these quaint little streets, blown away by their picturesque charm and inspired by the dreamy Mediterranean landscape before them.

“It’s the brightness here in Cagnes, typical of the Côte d’azur, that painters came looking for. Impressionists in particular would come here from Western France,” explains Jean-Marc Nicolai, a tour guide, who believes the streets in Haut-de-Cagnes and the artistic soul of this medieval village no longer hold any secrets.

Picking up a paint brush beneath the olive trees

Pierre-Auguste Renoir painted here during the final twelve years of his life “despite suffering from the painful disease rheumatoid arthritis.” Sitting overlooking the deep blue Mediterranean waters, or under the shade of pines and olive trees, breathing in the sweet scent of orange blossom, a world of inspiration was before him. Painting in the idyllic setting of the Collettes neighbourhood, the artist was able to “soon reconnect with his first love: impressionism.” Onto the canvas before him, he was able to capture the peaceful moment two swimmers took to the water, as well as convey the calming atmosphere of the hills here in the Alpes-Maritimes department.

“The famous French painter made a clumsy remark and Amedeo Modigliani quickly lost his temper!”

In 1918, Amedeo Modigliani was the next artist the village seduced. Inspired by the light on offer here, the painter got to work bringing the scenery to life, creating the few landscapes he is known for. It is believed that he met Pierre-Auguste Renoir here, but “only for a few minutes.” Apparently “the famous French painter made a clumsy remark and Amedeo Modigliani quickly lost his temper,” laughs Jean-Marc Nicolai.

For years now, this medieval market town has been attracting artists from all over the world, such as Russia-born Chaïm Soutine and Japanese painter Tsugouharu Fujita. “Even today it’s not uncommon to find schools in the area teaching people how to use water colours or paint with palette knives. Some painters can even be found sitting outside on the grass with their teacher.”

From knights to easels

At the heart of the village is an old building dating back to the 13th century, one that has been a landmark for artists here since the beginning of the 20th century. What is now a four star hotel encompasses the former guard’s room of the Grimaldi Castle, built during the Middle Ages at the request of Rainer I: Monaco’s first Sovereign and the Lord of Cagnes. Now welcoming guests for overnight stays, Château Le Cagnard is bursting with character. Even the fresco murals painted in 1928 by Émile Wéry, a friend of Henri Matisse, have been preserved. Elephants and palm trees line the walls, adding an exotic touch to the room, with a vaulted fireplace as its centre piece.

When visiting the castle, make sure to look up! A stunning wooden ceiling boasts paintings of different coats of arms and viking longboats, clearly inspired from the medieval period. “This architectural work actually dates back to the 1980s,” explains Isabelle Fremont, Director of Sales and Marketing at the Phoenix Hotel Group, which owns this hotel. “If the weather is nice, the roof can be opened up allowing guests to dine under the stars.”

“Up until the 1960s, Haut-de-Cagnes was referred to as the Montmartre of the Côte d’Azur,” she adds. “Tourists have not really heard of this area, they tend to stumble upon it by accident,” says Céline Refalo, the hotel’s Sales Manager.