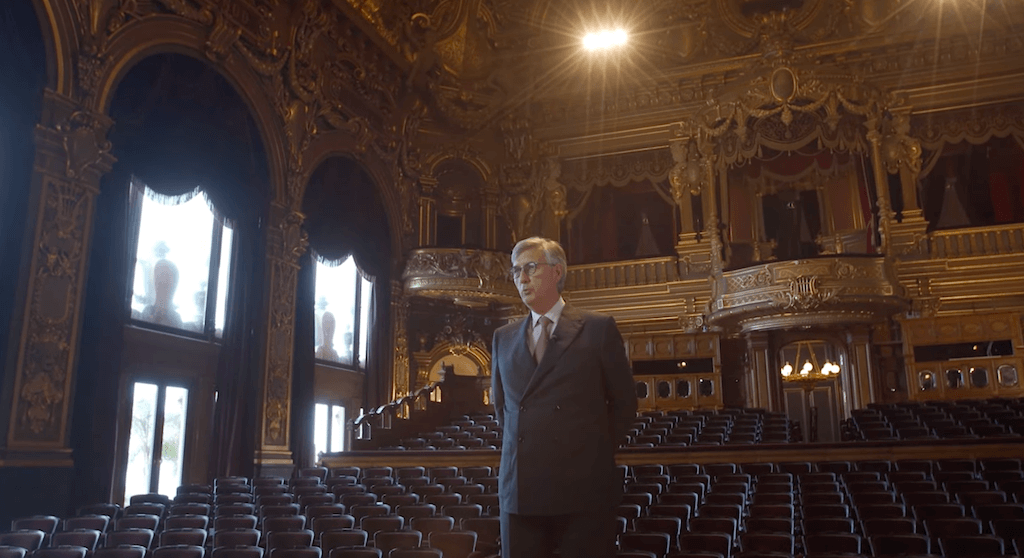 8 operas, 2 concerts, 2 recitals and a big exhibition, Jean-Louis Grinda has announced a packed programme for his final season as director of the Opéra de Monte-Carlo, before he hands over the reins at the end of 2022.

Putting together an exquisite season for his final year as director of the Opera, Jean-Louis Grinda unveiled the list of performances on the 4 June. As in previous years, concerts and recitals both feature on the programme.

Angela Gheorghiu will make her grand return and open the season with a recital on the 8 October.

A month later and the Japanese tragedy Madame Butterfly, composed by Giacomo Puccini, will be performed four times throughout November.

In celebration of the country’s national holiday on the 19 November, Plácido Domingo will transport guests to Spain for the evening.

As 2021 comes to a close, performers will see the year out with two renditions of Il Corsaro by Giuseppe Verdi.

>> READ ALSO: Placido Domingo: “Music can do so much to raise awareness about climate change”

As of January 2022, Il Turco in Italia by Gioachino Rossini will be performed four times, accompanied by the Prince’s Musicians orchestra.

February will be dedicated to a work by Jules Massenet, as Werther has four dates in the calendar.

In March, the opera Wozzeck by Alban Berg will make its debut in Monte-Carlo. “An opera that I simply had to put on before I left,” explained Jean-Louis Grinda during an interview with news channel Monaco Info.

Following this, April has a recital by Sir Bryn Terfel in store, as well as four performances of Manon Lescaut.

Performances in the Salle Garnier will come to a close on the 16 October. As this date happens to coincide with the centenary of Prince Albert I, the concert performed by young Russian singers from the Académie de l’Opéra de Monte-Carlo will not only bid farewell to the season, but also celebrate the former Sovereign too.

Ending the year with a tribute to Raoul Gunsbourg

As the year draws to a close, the Grimaldi Forum will showcase an exhibition on the former director of the Opéra de Monte-Carlo from the 14 to 25 November 2022. During this time, guests will also have the opportunity to enjoy one of three renditions of the La Damnation de Faust, paying tribute to Raoul Gunsbourg, in the Salle des Princes in the Grimaldi Forum.

For the final opera of the season, Lakmé by Léo Delibes will be on at the Auditorium Rainier III during December 2022. This will be Jean-Louis Grinda’s final performance in his role as director of the Opera, before passing on the baton to opera singer Cecilia Bartoli.