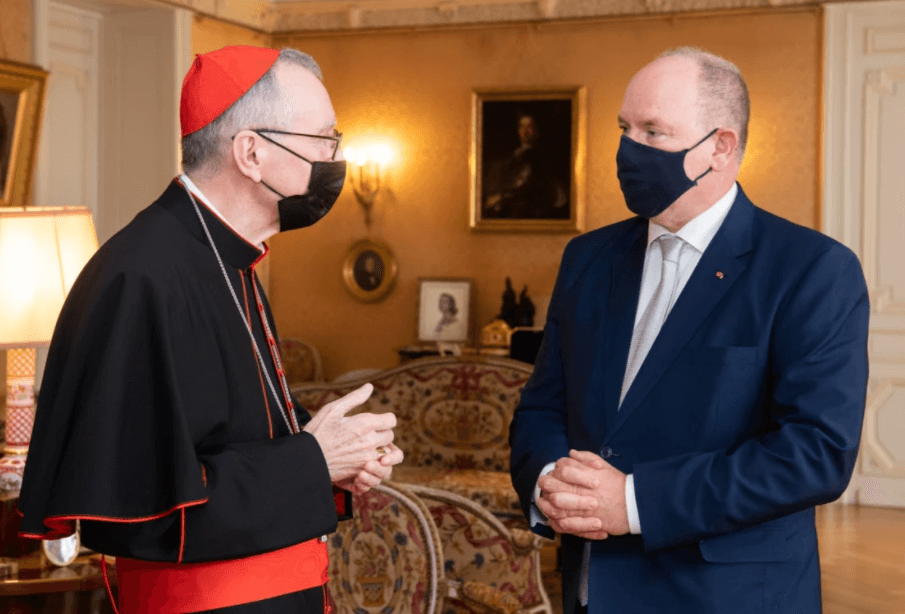 Cardinal Pietro Parolin visited the Principality for the 40th anniversary of bilateral relations between Monaco and the Vatican.

Pietro Parolin arrived in Monaco on 17 July to celebrate 40 years of friendship between the two catholic countries. Despite such a long alliance, it was the first time in history that a Vatican Secretary of State came to the Principality Onan official visit.

Sunday morning’s pontifical mass in a Monaco cathedral packed to the brim was followed by a moment of exchange between the cardinal and attendees. After the mass, Prince Albert II met with Pietro Parolin at the Prince’s Palace, where they shared a meal in the gardens along with 15 other guests. The exchange between the Sovereign and the Cardinal ended with a visit to the Palatine Chapel, where gifts were exchanged.

Both states have in common a peculiarly small size – Monaco is the world’s second smallest country after the Vatican – and a state religion: Catholicism. The first diplomatic treaty between the two country was signed 40 years ago, in July 1981. The Convention of 1981 stipulated that the Prince renounce the right to appoint the bishop of Monaco, whose nomination would henceforth be decided by Rome. Thus, through the Convention, the Principality became an archiepiscopal seat.

Interviewed by Monaco Info, Pietro Parolin said that “the signing of this celebration is the recognition of good relations, of relations that are positive and constructive, that existed and exist today, that continue to exist between the two countries, between the Holy See and the Principality.”