Monaco Rugby Sevens wins for a second time at the Supersevens 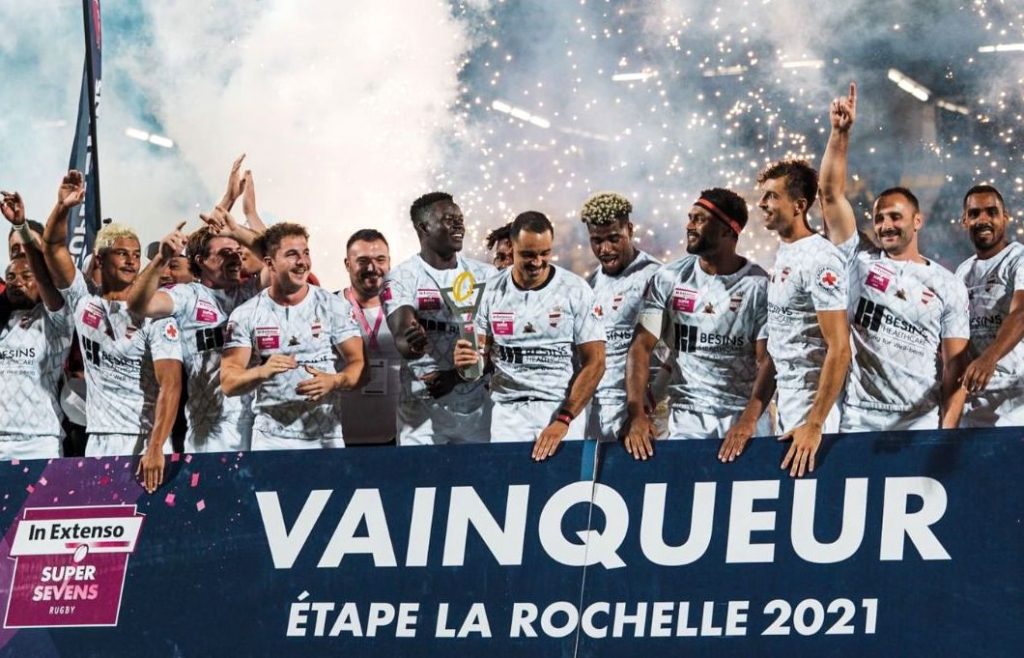 Already winner of the Toulouse stage last week, Monaco won a Supersevens stage this weekend in La Rochelle for the second time in its history.

They did it again! Just one week after triumphing in Toulouse, Frédéric Michalak’s team did it again in Charente-Maritime this weekend, winning the La Rochelle stage at the end of a perfect tournament, which ended with victory in the final against Toulon (29-7).

With the addition of Philip Wokorach, Arnaud Le Berre, Matias Ferro, Jamy Soulisse and Mathieu Brignonen, MR7s got off to a perfect start against Toulouse (22-17), before beating La Rochelle in front of their home crowd in the quarter-finals (14-10).

Monaco to meet in Paris to make history

In the semi-final, the Monegasques got the better of the French Barbarians (31-14), in a repeat of last week’s final in Toulouse. In the final, in the wake of Cecil Afrika, a true metronome of this Monegasque team, the Red and Whites easily overcame Toulon (29-7). Reason enough to celebrate this second consecutive prestigious success.

Since their victory in Toulouse, the Monegasques are assured of a place in the grand final, which will be held on 13 November at the Paris Arena. They will appear alongside Toulon, Biarritz, Clermont, La Rochelle, the French Barbarians and Racing. With the ambition to build on the momentum of the moment and grant themselves a new prestigious victory?