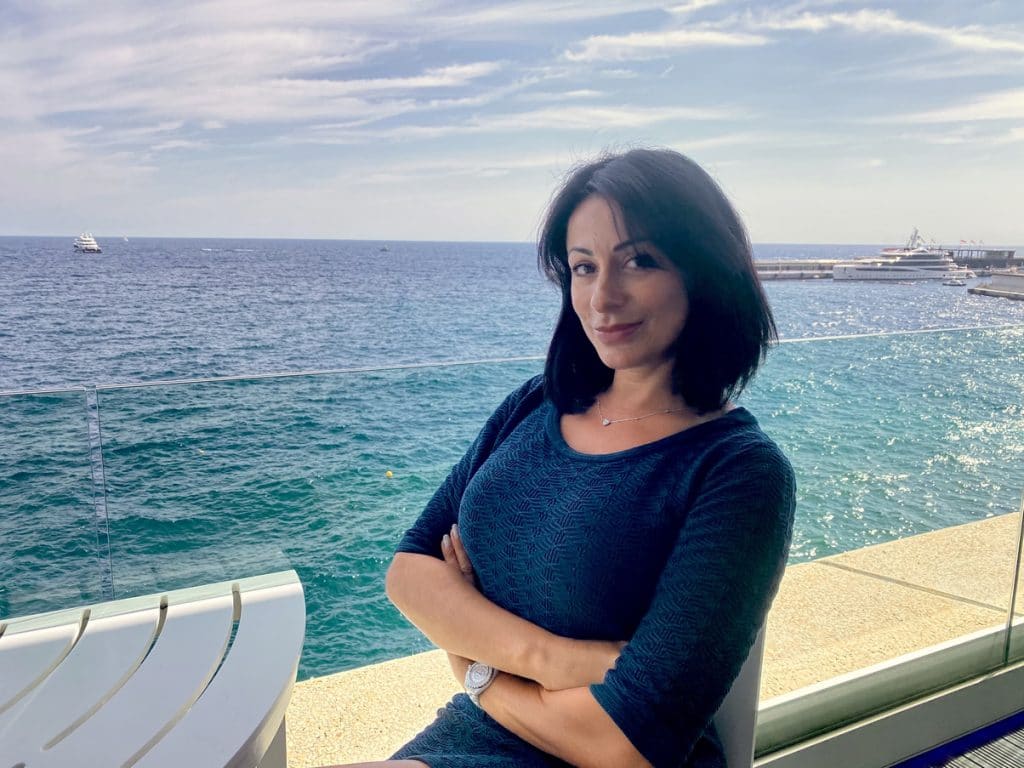 When asked about her passions, Claudia Cherki immediately replies: “fashion and the sea”. It didn’t take long for the designer to combine her two interests, offering a range of high-quality, tailored garments made from recycled waste found in the Mediterranean.

After an MBA at the University of Monaco, coupled with training in fashion at Aline Buffet in Cannes, Claudia Cherki knows that she wants to make her contribution to the preservation of the ecosystem. But the issue is complex: with 1.2 billion tons of greenhouse gases emitted each year by the consumption of clothing, the textile industry represents 10% of global greenhouse gas emissions, according to Oxfam. With fast-fashion, fashion as it currently operates has become one of the most polluting industries in the world.

A desire to change the world of fashion

It is due to this finding that Claudia Cherki wants to envisage her future clothing line differently. Not only does she want to fight against this ultra-fast consumption of ready-to-wear clothes, but she also wants to take concrete actions to preserve the environment. Ocean pollution has become her key focus. Every year, more than 600,000 tonnes of plastic waste are dumped into the Mediterranean Sea, according to the NGO WWF. 20 billion tonnes are dumped into the world’s seas and oceans, according to the Planetoscope website.

Faced with this sad assessment, the designer wanted to act. Initially, she became an ambassador for a Monegasque waste recycling network and regularly communicated on environmental issues. But the seed has already been planted: the fashion designer hopes, in the long term, to use this recycled waste to make clothes.

Everyone will have to comply with the new regulations

A crazy but successful gamble

But the challenge is difficult to meet. “I had to fight,” says Claudia. “Now people are beginning to understand, but at the time, people I proposed my ideas to would say, “What’s all this plastic waste?” But that’s going to change, the laws are getting stricter and stricter to preserve the environment. Everyone will have to comply with the new regulations”. Far from being discouraged by the scepticism of those around her, the fashion designer is nevertheless launching her own brand Claudia Signature. Monaco is, for her, the ideal place to innovate and look to the future. She specialises in tailor-made linens, shirts, suits and even sailor uniforms.

With a 100% European manufacturing process, the designer remains very vigilant about the quality of the fabric. The yarns used to make the fibres are made from waste collected by fishermen and NGOs. They are then sorted and transformed into polymers and are ultimately more resistant and durable than traditional yarns. However, the price of the garment remains affordable: “I remain very reasonable, I take it upon myself to encourage people to take this step”, Claudia assures. Similarly, there is no question of exporting her creations internationally until more ecological measures for transporting goods have been found.

Delighted that her efforts are beginning to pay off, the fashion designer also wants to address future young designers who also have ambitions to link the industry with ecology: “You have to be patient, but also passionate about fashion”. At the same time, Claudia Cherki hopes to raise awareness of the environmental cause among young people. She has also prepared a collection of eco-responsible t-shirts on the theme of rugby, made in partnership with the artist Lassegue. She hopes that through sport and art, her messages of environmental preservation can be conveyed.