The Monegasque Courts and Tribunals are back in session 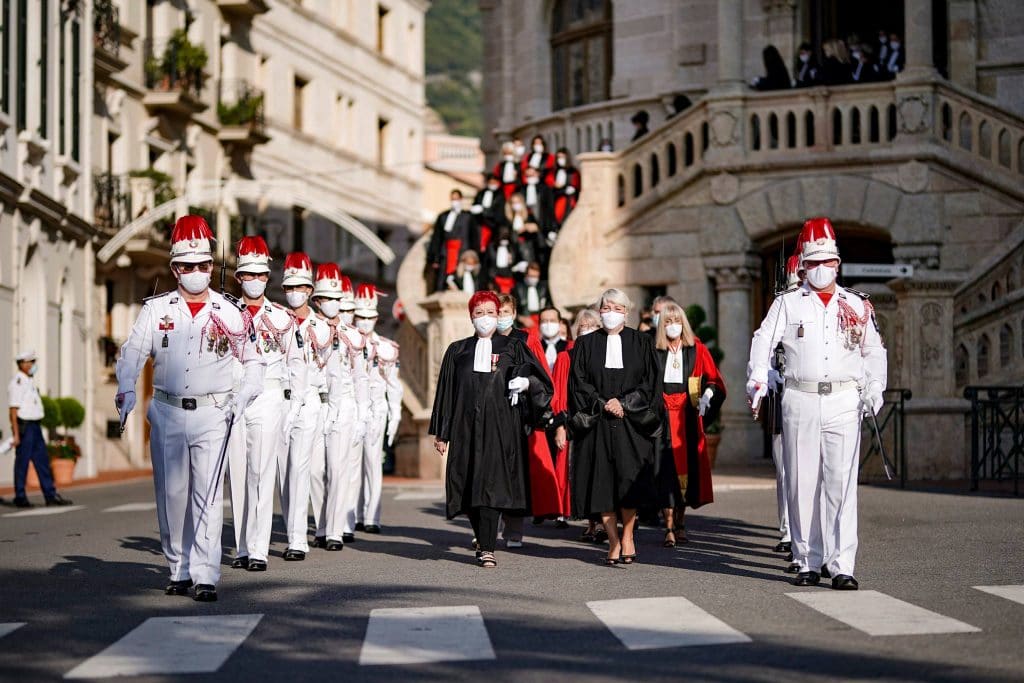 The formal sitting of the Courts and Tribunals was held on Friday 1st October at the Palais de Justice, in the presence of Prince Albert II.

The traditional formal sitting to mark the opening of the new session of the Courts and Tribunals took place on Friday 1st October. Prince Albert II, the Secretary of State for Justice, the Director of Judicial Services, the Minister of State, the Archbishop of Monaco, the President of the National Council of Monaco and many other personalities were present at the Palais de Justice to attend the ceremony.

As is the case each year, the aim of this hearing is to mark the beginning of the coming judicial year. At the opening, Brigitte Grinda-Gambarini, First President of the Court of Appeal, gave an overview of the judicial activity of the past year.

An “optimistic” start to the season

In a second portion, Brigitte Grinda-Gambarini also recalled all the achievements and reform projects implemented, such as the signing of a memorandum of understanding with France in the fight against terrorism or the creation of a Monegasque Institute for training in the judicial professions. “A year that was almost normal compared to the previous one, but which nevertheless took place in the prolonged context of the Covid-19 pandemic”, underlined the First President of the Court of Appeal.

These words were echoed by Robert Gelli, Secretary of State for Justice and Director of Judicial Services. In an interview granted to Monaco Info, Robert Gelli spoke of an “optimistic” start to the season, with the launch of a digitization plan in the judicial field. “We wish to develop as much as possible the promotion and dissemination of Monegasque jurisprudence,” he added, mentioning in passing the redesign of the Legimonaco.mc website.

Strengthening the fight against terrorism

With regard to the memorandum of understanding with France in the fight against terrorism, Robert Gelli is also reassuring: “this memorandum has facilitated, improved and made relations between the French national anti-terrorist prosecutor’s office and the Monaco prosecutor’s office and the Monegasque justice system much more direct. This agreement should therefore enable direct exchanges to be intensified between France and the Principality in terms of information, intelligence, assistance and support, if necessary.

To close the hearing, Didier Linotte, President of the Supreme Court, gave the opening address on the theme “The Supreme Court, that famous unknown”. Finally, Sylvie Petit-Leclair, Public Prosecutor, spoke about the work accomplished over the past year by the magistrates of the Public Prosecutor’s Office and also mentioned the fight against serious financial crime, which requires long and delicate investigations, as well as equal rights for women and men.