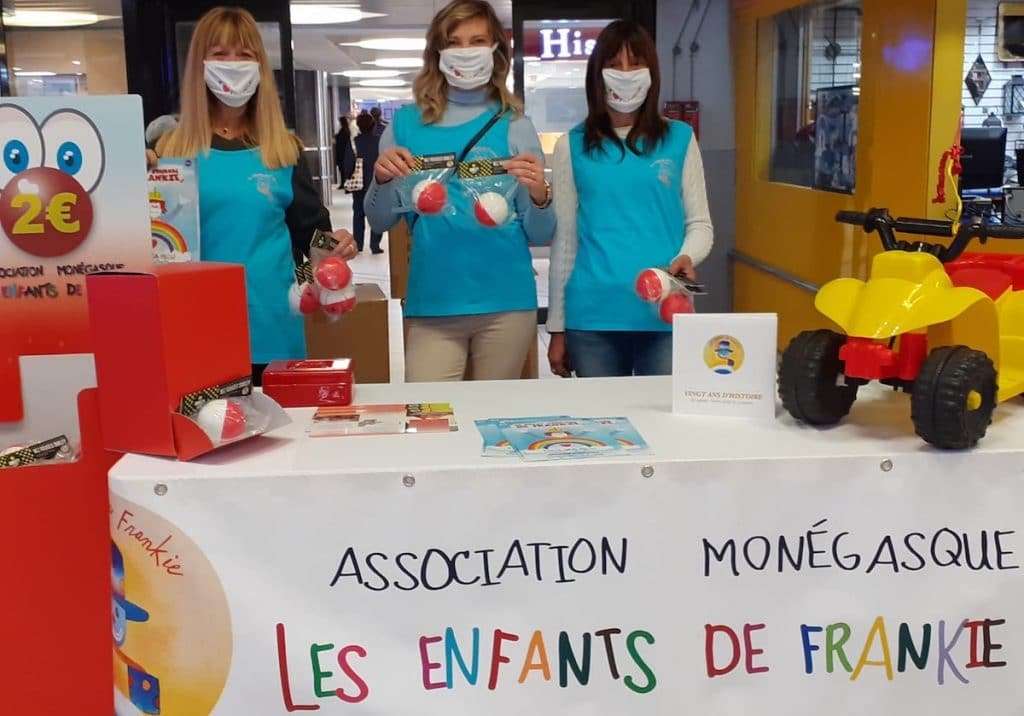 The 17th Monaco Red Nose Day was held on Monday, December 6, fest day of Saint Nicholas, the patron saint of children. The principle is simple: purchase a red foam ball, for two symbolic euros that are donated to the “Les enfants de Frankie” charity, and stick it on your vehicle. Other actions are planned for Christmas,to show solidarity with our younger citizens in the run up to the holidays.

The little red foam ball represents the nose of Frankie the clown, the mascot of “Les enfants de Frankie” (Frankie’s children). ‘Noses’ could be bought for two euros in pharmacies, tobacco shops and at the Carrefour store in Fontvieille to support this charity that helps sick, disadvantaged or disabled children in Monaco and throughout the Provence-Alpes-Côte-d’Azur region.

Thanks to actions such as these Red Noses, the Kids’ Nite on December 5 (cancelled due to the upswing of the pandemic) and ‘Le Noël de Frankie’, the charity provides financial support to more than 200 organisations that work with children in need, including Fight Aids Monaco and the ‘Foyer de l’Enfance Princesse Charlène’ children’s home.

“Each two-euro coin collected is used to finance projects: if a child needs a wheelchair, if children need therapeutic workshops or the creation of sensory spaces…” explains Jessica Sapia, member of “Les enfants de Frankie”.

Besides the financial aspect, their action also has a social side of course. Showing off your red nose can pique the curiosity of those who are not yet in the know. “The point of the operation is also to raise awareness among the citizens of Monaco and neighburing towns about the plight of children in distress close to home.”

As well as material support, the charity provides entertainment and educational activities. Children “who do not have the means and whose daily experience is sanitised rooms” can go to events, such as the Monte-Carlo circus or the Formula 1 Grand Prix, as well as activities like visiting an educational farm or going to the zoo. “We try to be there, when they need us most, to show them that it’s possible to see things differently” Jessica adds.

Creation of a sensory trail in Cannes

The association set up a sensory trail in Cannes this year with the funds raised in 2020, “It welcomes young mothers who have been taken to an emergency accommodation centre with their children,” our charity worker explained.

The Cannes structure welcomes these young families in difficulty and works on the bond between mother and child, which is often difficult, sometimes critically so. “There was a project to create an educational garden with a space for sensory discovery”. Auditory stimuli, with rattling bamboos, or tactile stimuli, with the use of certain types of materials, such as wood or stone. A place where “children are taken to walk around there to discover or rediscover the garden and to feel sensations that have a positive effect” concludes Jessica Sapia.

In the future, the charity hopes to “help more and more children“, and there are many of them in the region. Their next event is on December 22 (health situation permitting) with Le Noël de Frankie at the Grimaldi Forum. During this festive day, thousands of sick and disadvantaged children will receive Christmas gifts and enjoy a friendly afternoon tea.