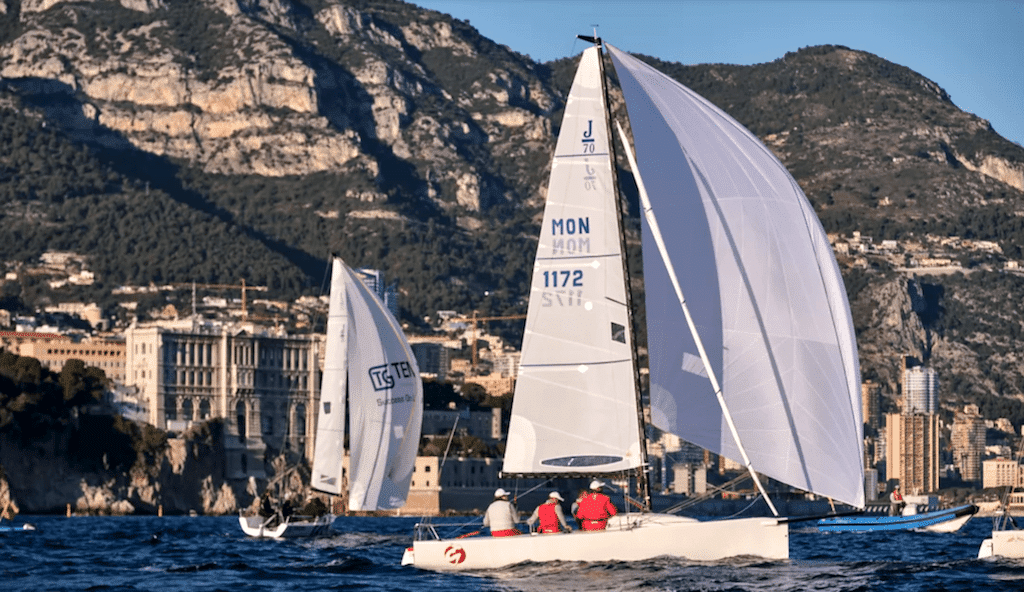 The Monaco Sportsboat Winter Series (MSWS) lived up to their promise once again at the weekend.

No fewer than fifty crews from all over the world (15 countries represented) fought it out in Monaco bay from December 9 to 12. A good opportunity for the participants to test the race area where the next world championships will be organised by the Monaco Yacht club from 14 to 22 October 2022.

After three intense days of regatta action, the Russian Tenzor Sport crew took the win ahead of Monaco’s G-spot and another Russian team on Dolce Vita. Monaco’s Junda crew, who won the first act in November, finished fourth. However the crew led by Ludovico Fassitelli still leads the J/70 championships.

The stars came out for the event

In the ‘Corinthian’ (amateur) category, Cesare Gabasio (Tinnj70) of the Monaco Yacht Club is sitting in 2nd place in the rankings, behind the Irish Wild Card crew, after 10 races. Thomas Studer’s Jerry crew won Monaco act II in the category.

With the presence this weekend of Australian 470 virtuoso Will Ryan, the Olympic champion in Tokyo, and Fin expert Michele Paoletti, the second Monegasque event certainly set up the rest of the series, which promises to be unusual and thrilling.

SEE ALSO: The Monaco Optimist & Laser Academy delivered on all its promises