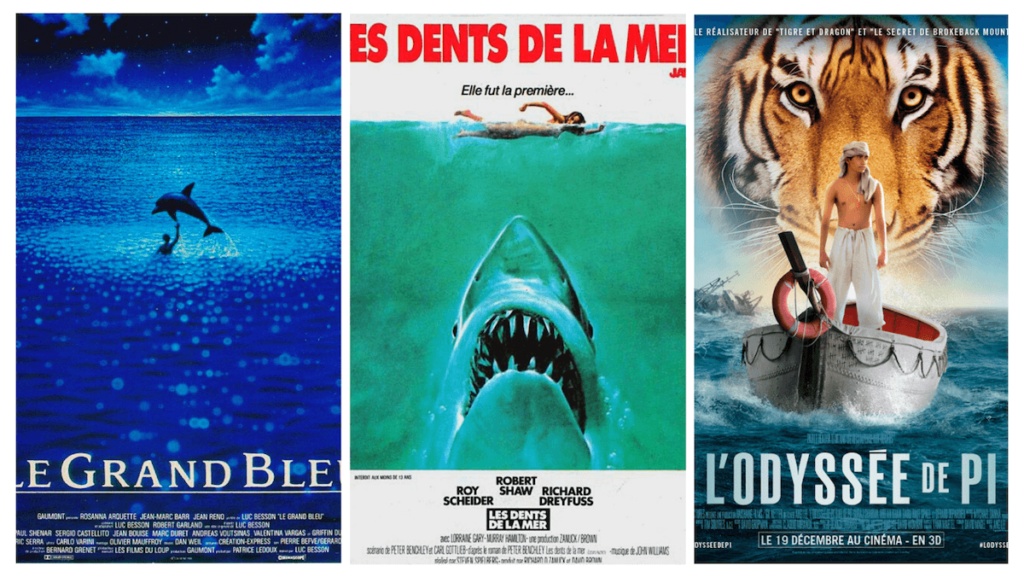 With the Oceanographic Museum of Monaco currently offering a 50% reduction on tickets with the code 50OCEANO, we asked our readers to share their favorite sea and ocean films. Here’s what they said:

If you say ‘Name a film to do with the sea’, one in particular quickly springs to mind: The Big Blue, with Jean Reno, directed by Luc Besson in 1988.  As witnessed by the many comments applauding “the osmosis of man and the sea”, as Thierry put it on our Facebook page. “I love the part where the actor who plays Jacques Mayol [Jean-Marc Barr], dives into the sea in the middle of the night and swims with a dolphin until the early hours of the morning.”

Angéline feels the film highlights in particular “the immensity of the ocean, the beauty of men, the fragility of women. Death, the meaning of our lives. Our destiny, the gift of self.” As for Sébastien, he says he is especially moved by “the strong bond between these extreme free divers and how they are drawn to the ocean depths, the abyss…”

The deep sea can give rise to frightening encounters. For Agnès, the film not to be missed is Abyss, with “aliens at the bottom of the ocean, like all the mysteries of this 2nd world, that we would like to unravel. And like in a dream, the feeling of flying and being on another planet.” Jean-Marc also enjoys the science fiction film, directed by James Cameron in 1989 “for the beauty and the discovery of the seabed.”

And while the creatures of the deep may fascinate us, others traumatised a whole generation. This is the case for the shark in Jaws, the famous horror film by Steven Spielberg released in 1975, which Xavier remembers all too well: “it was something new at the time and we shuddered at the idea of coming face to face with a shark.”

In the same genre, Beli mentions the “unbearable suspense” of Open Water, a film that was released in 2004, inspired by the story of Tom and Eileen Lonergan, a couple that was forgotten at sea by their boat while they were diving in Australia.

Fortunately, the sea isn’t all about dramas and horror stories. Julie recommends Life Of Pi, which she says is “a great story about survival that can be interpreted on many levels. The 2012 film tells the story of Pi, a young Indian who, after a shipwreck, finds himself alone with a Bengal tiger aboard a lifeboat …

Similarly, for one of our readers, nothing beats 20,000 Leagues Under the Sea, from 1954, adapted from the novel by Jules Verne: “This film took me on a journey, you could see what a marine expedition might be like (a nod to Prince Albert I). We discovered the seabed for the first time aboard the mythical Nautilus! Also, the film raised awareness of overfishing, even back then.”

Olivier prefers En Solitaire (Turning Tide), with François Cluzet, Guillaume Canet and Virginie Efira. The film tells the story of a man who is taking part in the Vendée Globe race and who, during a stopover, unknowingly takes a stowaway on board:  “This film took me on a journey, and it is topical, with the story of this man who hides in the boat to get to a better world.”

Finally, a far cry from fiction, Sandrine and Evelyne were quick to cite Oceans, by Jacques Perrin. A documentary released in 2009 which is, according to Evelyne, “very comprehensive in terms of marine flora and fauna.”