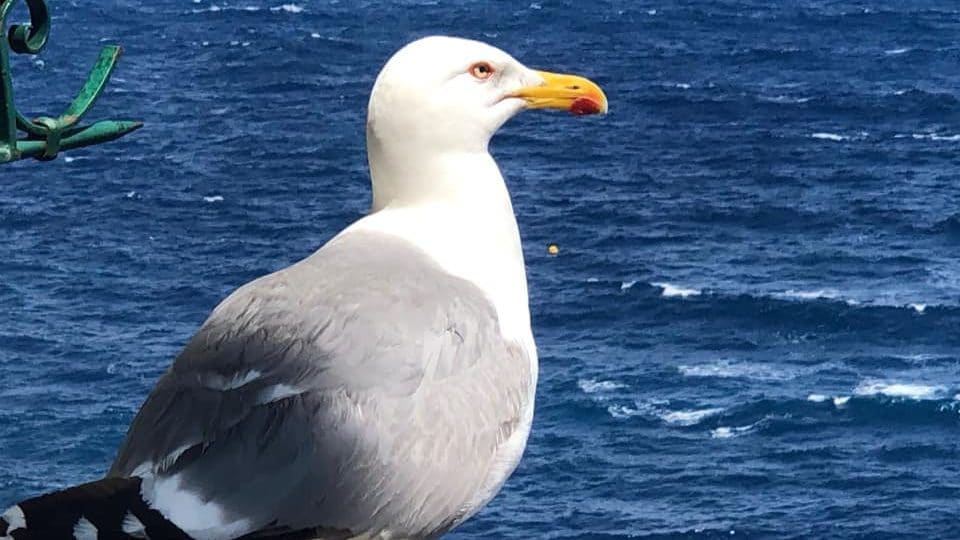 Do we need to beware of seagulls? Apparently we do! After our recent article, many of you shared your encounters with these pesky birds. Some of them sounded like scenes from a horror movie…

Living a relaxed life by the sea, the residents of Monaco have some rather “ferocious” and “aggressive” neighbours disrupting their haven of peace. “They devour pigeons on rooftops, a daily massacre, and they squawk all night.” Who are the members of this “gang” hanging around on the Principality’s rooftops? It seems seagulls are the local gangsters in town! Over on our Facebook page, you wrote about your terrifying encounters with these birds.

Sharing your lunch break with seagulls…

No matter where you go, there is no escaping them, but their favourite time to attack is with food around. Whilst you pop out on your lunch break and enjoy a bite to eat, rest assured a seagull will be on the lookout, waiting for their moment to pounce. During a “picnic…they managed to pinch some meat,” said one Facebook user. Another of our readers, Nathalie, described going for a walk one day when a “seagull stole [her] pastry.” Caterina went on to add that once “a seagull came along and grabbed a burger straight out of [her] mouth.” These are some pretty “gobsmacking” stories…

and your appartment too!

If venturing outdoors sounds dangerous, do not be fooled into thinking that staying inside will be any safer… Martine learnt this the hard way after her encounter with “Bécassine” (silly). “I fed one for at least two months whilst studying at the school in the old town. One day though the room inspector came to see me and Bécassine, the name we’d given to my seagull, was getting impatient because I hadn’t had time to feed her yet, so she started tapping loudly on the window with her beak!!! To cut a long story short, the inspector saw her and wasn’t best pleased with my behaviour!!! Whilst the seagull ended up better off than Martine, it just goes to show that these animals will stop at nothing to get what they want…

Faced with these attacks, some people have resorted to taking drastic action. “I had one who refused to move off my balcony. He wouldn’t fly away and he wrecked all my flowerbeds that I’d just bought. 200 euros down the drain! Not only that, but after spending the whole day there, he’d left droppings everywhere! What a nightmare! After that I put up a net to seal off my balcony.” As for Roselyne, she was almost caught up in “a chase on [her] terrace, as a seagull ran after a pigeon.” Watching the violence unfold, she decided to “barricade” herself in the house.

After they described some pretty violent scenes, you can perhaps start to understand why residents in Monaco are so afraid. Christine spoke about the time she saw a seagull “rip a pigeon apart” and her “terrace was left full of feathers and blood splatters.” As for Rémy, he described the scenes “above the swimming pools, on the roof of the seaside Plaza in Fontvieille, where several dead cats and puppies were found…” These poor little animals are the main prey for these seagulls. Some Facebook members then went on to share their anger at having lost their pets to theses animals: “a dirty creature that ate my parrot!” Another one of our readers, Agnès, sought to remind people that “if you have a small dog, they might eat it.”

Not content with feeding on animals, they come after humans too! After being attacked several times at work, our reader Eric now walks “with an umbrella to stop them pecking at his head…” Whilst this story may seem funny to some, Eric explained how getting pecked by a seagull can actually be quite serious. “If their beak cuts you, you can bet you’ll need stitches, as well as antibiotics…”. It seems after a run-in with a seagull you may quickly find yourself in hospital.

Some seagulls are nicer than others

However, some people are more intrigued than annoyed by these seagulls, as is the case for Sylviane. “I’m used to the morning wake up call, I don’t hear them anymore. Every year a couple nests on the roof opposite my house and it’s so lovely to watch the chicks and see them grow up.” Patricia even told us about a lovely moment she shared with her students and these animals. “For three years now, me and my students have watched a couple of seagulls and their babies on the roof opposite our classroom. It’s been a great, real-life learning experience, watching them make a nest and lay their eggs, witnessing the birth of their young and finally the fluffy grey babies leaving the nest.”

Some residents have even learnt how to help the birds, as Martine has done. “I saved one that ended up in the market’s carpark and was struggling to take flight… I took a blanket from the boot of my car, covered the bird up and set it free again!” In fact, this is the same technique that a former firefighter in Monaco recommends using. “What should you do in this sort of situation? Just get a big big bath towel and throw it over the bird, making sure it’s completely covered. Then, you just need to set it free in a place where it can fly off.”

Even though they can be dangerous, these seagulls remain a part of the Principality. In fact, it is important to remember that in France, the yellow-legged seagull has been a protected species since 1962. It is against French law to capture, intentionally disturb or harm these birds.