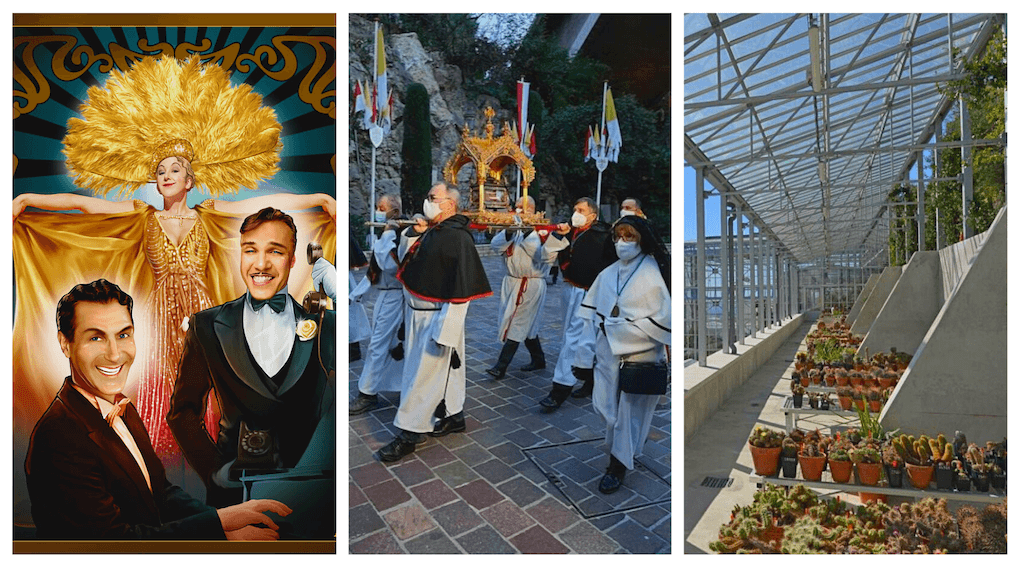 Our editorial team’s recommendations will keep you busy from January 21 to 27.

Start your weekend with “Gaby la Magnifique”, a musical tribute to Marseille music hall star Gaby Deslys. A colourful show is in store at the Théâtre des Muses at 8:30 p.m.

Come to see them cross the finishing line in the Monte-Carlo Rally! The cars will be back in the Principality at 2 p.m., at Port Hercule, where the awards ceremony is scheduled for 3 p.m.

SEE ALSO: Monte-Carlo rally 2022 : who are the favourites?

Why not start the week off with a conference about women’s place in art? The art historian Camille Morineau hosts “L’autre moitié de la lune” (The other half of the moon) at the Théâtre des Variétés at 6:30 p.m. Admission is free but booking is required.

It’s movie night at the Théâtre des Variétés. At 8 p.m., you can see the Canadian film Pour la Suite du Monde (For Those Who Will Follow), directed in 1962 by Pierre Perrault and Michel Brault. The feature-length documentary takes place in Canada, at Isle-aux-Coudres, where a group of fishermen tries to revive porpoise fishing, an ancestral custom that had been abandoned for fifty years.

While the Sainte Devota festivities will not take place in their usual format again this year  because of the pandemic, it will still be possible to watch the celebrations on a big screen from 5:30 p.m., at the corner of Boulevard Albert Ier and Rue Princesse Antoinette.

Take advantage of the public holiday to visit the botanical centre in the Jardin Exotique! Free of charge and open to all from 8:30 a.m. to 3:30 p.m., it contains 900m² of greenhouses, where you will see plants that are rare and endangered in nature, such as certain cacti and succulents.