Support cancer research with AS Monaco 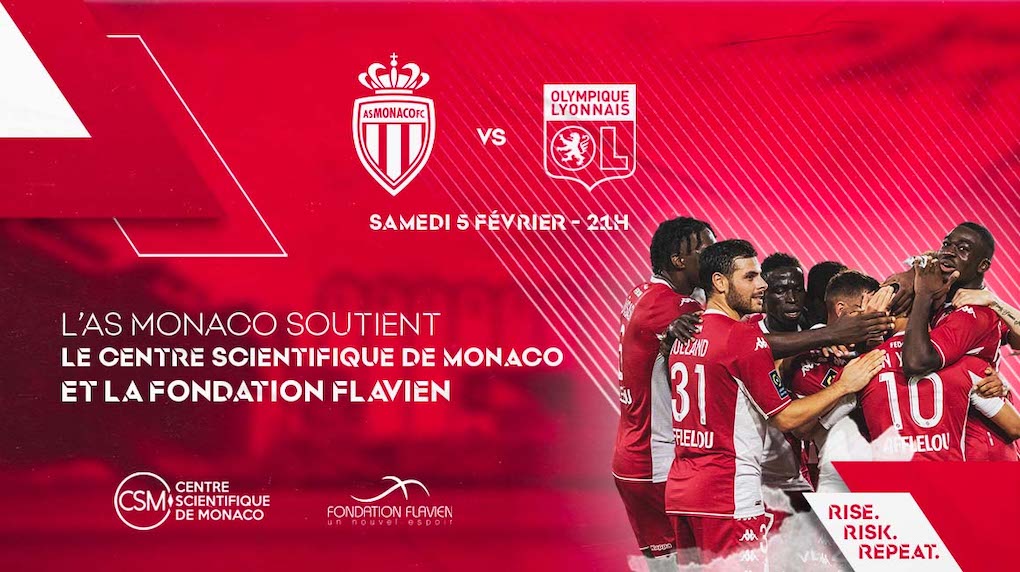 The football club is supporting the Monaco Scientific Centre and the Fondation Flavien.

A press release detailed AS Monaco’s support initiatives to fight the disease. The match against Olympique Lyonnais this Saturday, February 5 at 9 p.m. at the Stade Louis-II will be played in honour of World Cancer Day, which will have taken place the previous day.

Researchers from the Monaco Scientific Centre (CSM) and the President of the Fondation Flavien will be in the spotlight. Oleg Petrov, Vice-President and CEO of the club, “will present a jersey symbolising AS Monaco’s support for the two structures”, the press release states.

Two children from the Fondation Flavien, which is committed to the fight against pediatric cancer, will be able to watch the match from behind the scenes along with their families, as part of the “My Wish” experience.

Bid for a jersey

The home match against Lorient on February 13 will also be an opportunity to invite families and volunteers from Côte d’Azur charities who work with sick children, two days before World Childhood Cancer Day.

Also, from February 6 to 12, an auction of players’ jerseys will be organised on the MatchWornShirt website. Proceeds will be shared equally between the CSM and the Fondation Flavien. They will make it possible to finance major research to fight effectively against pediatric cancer and to support young patients. Other sporting events had already been organised in the Principality for the benefit of the Foundation, which has collected more than 643,000 euros since its creation in 2014.

This is not the first time that the club has supported such an important cause. Already involved with the Fondation Flavien in the past, AS Monaco, through its solidarity programme AS Monacœur, has also been active for the Telethon, Child Protection and the fight against breast cancer.