PROFILE. Eric Elena, the man behind women’s basketball in Monaco 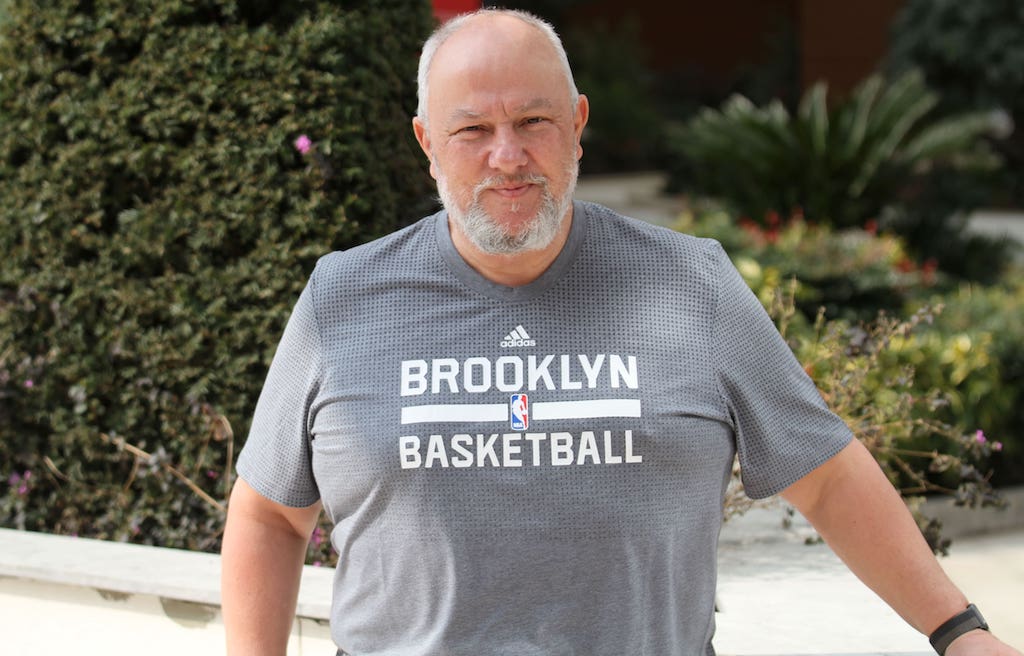 A founding member of the Monaco Basket Association (MBA) and president of the club for the past twelve years, Eric Elena (59) has shaped the Principality’s second-largest basketball team into Monaco’s foremost women’s club.

Basketball has been a major part of Eric Elena’s life for over fifteen years. From Monday to Sunday, morning to night, there is not a minute when the president of the Monaco Basket Association isn’t thinking about basketball. If he’s not answering the phone to talk about a potential recruit, it’s because he’s at the Annonciade Gymnasium watching the N1 girls’ training session. Or the club’s youth players.

We have reached the highest level in the semi-professional world. Now we want to reach for the stars

However over the last two years, Éric Elena has also discovered another passion. Recently retired after thirty-eight years at the Casino Monte-Carlo, he is planting olive trees on his property in the hills above the Principality, in Sospel, as a way to unwind.

When he’s not courtside, Eric Elena is… outside, with his olive trees!

“We’ve taken on a crazy project,” smiles the New York Knicks NBA fan.”We want to replant two hundred olive trees.  I wanted to farm my land and the locals thought it was a great idea.  We went to Italy, near Florence, to choose the trees. I hope we get some good olive oil from them! “

Éric Elena is Monegasque by birth, and did all his schooling in the Principality. He lives in Monaco, but likes to spend his weekends and summers in Sospel, in a small country house that will soon be surrounded by olive trees for as far as the eye can see. Meanwhile, he will still be following his club’s progress very closely, as they aim to move up to the second division this season.

“We have reached the highest level in the semi-professional world. We now want to aim for the stars,” he says with pride in his team’s achievements over the years. It must be said that the work carried out by Éric Elena is colossal.

A joint female structure between the MBA and the Roca Team?

The club currently boasts one hundred and twenty-seven members, but only twelve years ago, when it was founded, the MBA played at the departmental level, on the bottom rung of the ladder.

When Sergey Dyadechko arrived at AS Monaco Basket, we decided to focus almost exclusively on the women’s game

But the women’s team progressed from one level to the next until reaching National 1.  Making the MBA a predominantly female club. “We had to decide where to put our resources,” he explains. “When Sergey Dyadechko arrived at AS Monaco Basket, putting enormous resources into the Roca Team, we decided to focus almost exclusively on the women’s game.”

SEE ALSO: The Spanish press takes an interest in the rise of Sergey Dyadechko

Having managed the Roca Team for five years before founding the MBA, Eric Elena had forged close links with the other basketball club in the Principality. It seemed only natural to suggest to the former president of the Roca Team, recently replaced by Aleksej Fedoricsev, that they create a Roca Team Girls, much as ASVEL Féminin is the sister team to Tony Parker’s ASVEL.  “I tried a few times. But his thing is the guys! »

With a budget of 350,000 euros, the MBA intends to reach the first division one day by its own means, without support (for the moment) from the Roca Team.  Éric Elena is looking to hand over the baton, “it’s time to make way for the youngsters”, and is actively seeking a backer who, like Dyadechko, could lead the club to the top. Serious applicants only need apply!