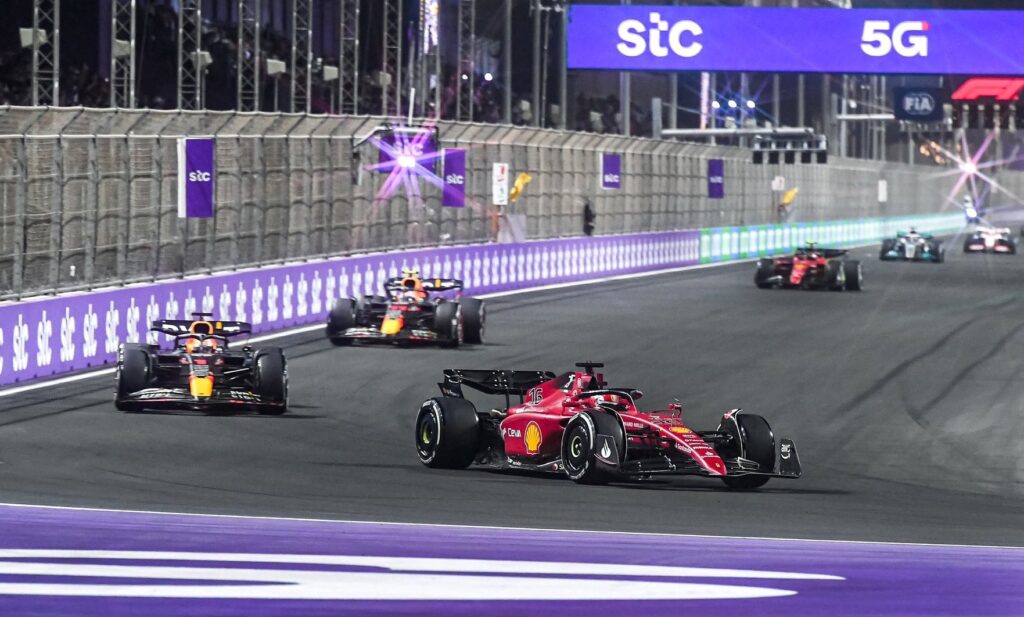 The Monegasque pilot finished second in the Saudi Arabian Grand Prix after having led the race until a few laps from the end.

Charles Leclerc, so close and yet… The Scuderia Ferrari pilot was headed for his second consecutive win after last week’s victory in Bahrain, but saw Max Verstappen snatch first place in the final laps of the race.

A fierce battle between the two drivers was made possible by the appearance of a safety car after Nicolas Latifi (Williams) crashed out violently. Sergio Perez (Red Bull) took the lead after starting in pole position, but he was a victim of this misadventure, having gone into the pits just before the accident, and came out 3rd at the restart behind Charles Leclerc and Max Verstappen, who were able to pit while the safety car was out.

Leclerc-Verstappen, an intense duel in store

Leading the Grand Prix for most of the race, Leclerc finally saw the reigning World Champion take the win at the chequered flag. It was a thrilling head-to-head between the two drivers, well on their way to a legendary battle this season for the title of world champion. We are yet to see if Lewis Hamilton (Mercedes), who came tenth in the Grand Prix, can get back into the running in the remaining races.

SEE ALSO: Charles Leclerc fired up with his new Ferrari

In the championship standings, Charles Leclerc is still in the lead (45 points, having gained an extra point for fastest race lap), ahead of Carlos Sainz (33 points) and Max Verstappen (25 points). The Monegasque is certainly having an excellent start to the season. The next Grand Prix is in two weeks on the Melbourne circuit in Australia.

Charles Leclerc’s summary: “I loved that race!  Again, it was hard racing but fair. Every race should be like this. I am, of course, disappointed. I wanted to win today, but it’s still a phenomenal race. We were pushing like I’ve rarely pushed before, to the absolute limit. We had to take risks at the end. Max did a great job.”