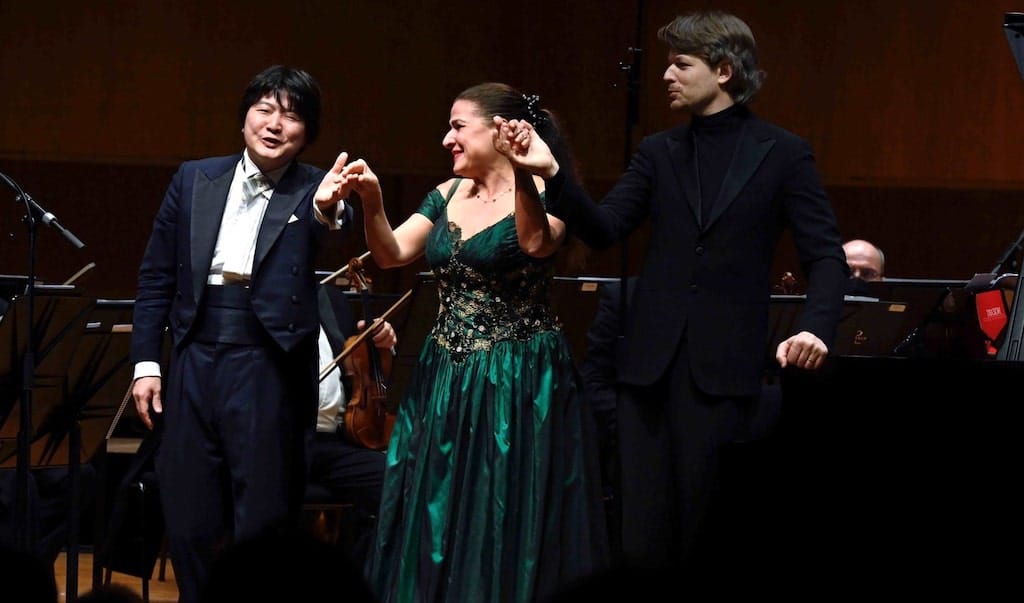 Recently awarded the Orchestra of the Year prize by Radio Classique, the Monte-Carlo Philharmonic Orchestra has experienced a revival in recent years, under the leadership of its conductor Kazuki Yamada and its artistic director, Didier de Cottignies.

Revitalised since the arrival of Japanese maestro Kazuki Yamada, the Monte-Carlo Philharmonic Orchestra is continuing its momentum and winning awards. “Since 2016, we have been doing our best to make the orchestra even better,” says its artistic director. “We are headlining major festivals such as Aix-en-Provence, Évian, Paris and Turin once again, and the orchestra has already performed throughout its history in many prestigious venues”

SEE ALSO: The Philharmonic Orchestra commemorates the best of the classical era

While the Covid-19 pandemic put the brakes on this momentum for two years, with audiences sometimes losing their enthusiasm, Didier de Cottignies intends to turn things around by bringing in world-renowned artists that are capable of filling the Rainier III Auditorium.

“Filling the hall is our main ambition,” he says. “When an artist like Daniil Trifonov, the international megastar Russian pianist, comes to Monaco and the hall is only two-thirds full, there’s an issue… In New York, halls sell out in a few hours!”

The health crisis has unfortunately put off some Monegasques, but also many border residents and even lovers of classical music in the PACA region. This is why Didier de Cottignies intends to try to bring back the enthusiasts from Sanremo, Vintimille, Bordighera, as well as the Varois: “It will take time. This is a long-term process, involving word of mouth, and of course a more targeted marketing policy.”

The OPMC is ramping things up: over the past two years, the orchestra has added more dates to its calendera with more major symphonic concerts, as well as top quality recitals and chamber music concerts, in which renowned artists play alongside its musicians.

Cultivating musical excellence requires constant effort, building on prior achievements. Successive musical directors have been keen to develop the orchestra and Kazuki Yamada can count on the talent and constant investment of each musician in the orchestra to achieve its goals.

The OPMC can also count on the support of Radio Classique, which has just given it the Orchestra of the Year award, ahead of the prestigious Paris and Strasbourg Orchestras. “Radio Classique is very much listened to in the PACA region and our ratings are constantly increasing,” Didier de Cottignies is pleased to announce. “Our work is beginning to pay off. We’re hoping for a snowball effect.”

As proof of this growing attraction, seven concerts will be broadcast on Radio Classique this year, compared to five last year. Similarly, some concerts are being filmed for television. “We are beginning to be featured more regularly on specialty channels (Arte concert, Mezzo, Culturebox…) and generalist channels,” says Didier de Cottignies.

…and getting the younger generation involved

What about the younger generation? “The audience is said to be ageing, but that’s been the case for twenty-five years, so that means the audience is still there and that it wasn’t so old at the time,” says the former director of the Orchestre de Paris, convinced that young people are becoming more interested in classical music.

“In Paris, the proportion of young people was quite high. It is often said that young people cannot afford it, but a ticket for a Philharmonie de Paris concert can range from 5 to 15 euros, compared with the price of tickets for a Champions League match at the Parc des Princes which can cost up to several hundred euros.”

The OPMC has very attractive rates for young people: under 25s can buy tickets from just six euros.

Having acquired an international reputation thanks to the Ballets Russes and the staging of operas by Massenet and Saint-Saëns, it has continued to grow over the decades. “It is our duty to perpetuate this today and even to amplify it. All together, under the leadership if Kazuki Yamada. Despite the language barrier, he has been able to make his mark and win everyone’s trust. It is clear that Yamada has proven to be one of today’s best conductors. This is reflected in the sound quality of the orchestra. Each concert proves better than the last. The partnership between an orchestra and its conductor is a bit like a rough diamond that must be constantly polished and buffed.”

The Japanese maestro arrived in 2016, and has since managed to create a real chemistry with the musicians. With a real dedication to the musicians of the OPMC: “He is deeply involved in this project, without taking himself seriously,” says Didier de Cottignies. “Kazuki isn’t using the orchestra as a springboard for the future, even though he is a young and brilliant conductor, whose career is booming. For him, the Music is more important than everything else.”