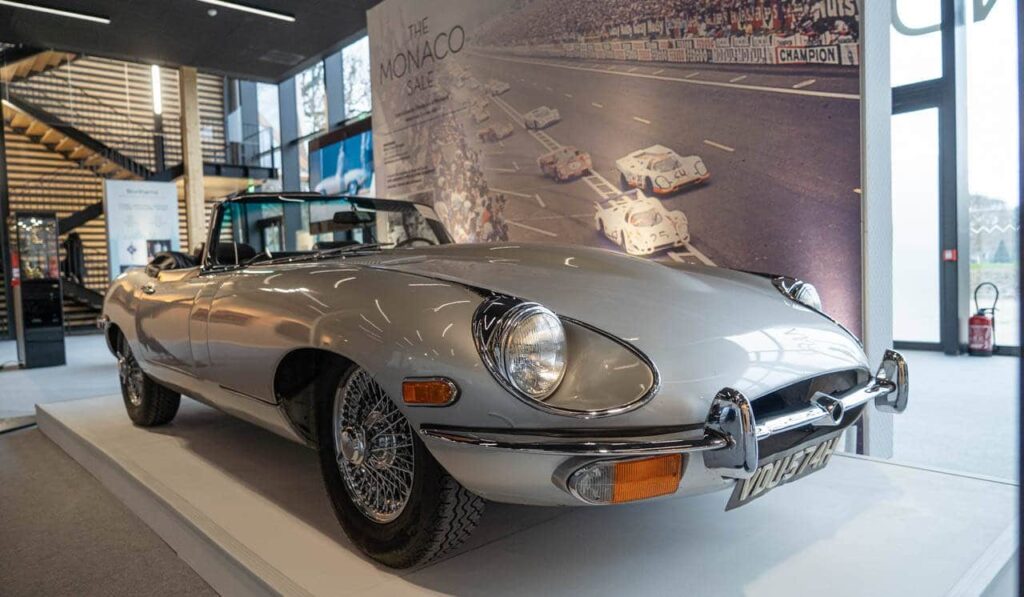 Bonhams is organising an auction during the Monaco Historic Grand Prix, which will be held from 13 to 15 May. A ‘star’ lot is a 1970 Jaguar E-Type Series II 4.2 litre roadster to US specification.

1. It belonged to Steve McQueen…

The American film actor and producer loved cars. A racing driver – he took part in the 12 Hours of Sebring race in 1970 – Steve McQueen liked to collect classic models. And fell in love with this E-type Jaguar roadster.

“He had planned to take it back to the United States, but he finally decided to give it away,” says Philip Kantor, director of the automotive division at Bonhams, which is handling the vehicle’s sale.

“He was so pleased with his chef that he invited him to pick out one of his cars for himself,” says Philip Kantor. “The cook didn’t even have a driver’s licence!” It was an incredibly generous gift from Steve McQueen to Fredy Zurbrügg, who was only 27 years old at the time.

McQueen did the spec for the vehicle himself, before having it delivered to the set of Le Mans, which was released in 1971. The actor used the car to get around during filming. But at the end of the shoot, the E-type Jaguar roadster did not follow its owner to the United States. The rest is history…

Its orange indicators, characteristic of the American version, are one of the distinctive features of this exceptional car. “He originally thought he was going to take it back to the United States, which is why he ordered this version.”  It is a fully original car, also renowned for having been de-tuned from three to two carburettors, lowering engine power from 265 to 170 horsepower.

This convertible E-type Jaguar Type has under 74,000 km on the clock, after fifty-two years with chef Fredy Zurbrügg. A real treasure that still looks fresh.

There is little doubt that Steve McQueen’s former roadster will get a few hearts ‘racing’ at the auction. With an estimated price between 250,000 and 300,000 euros, which is two to three times the normal list price for this model, this E-type convertible could fetch a record sum.