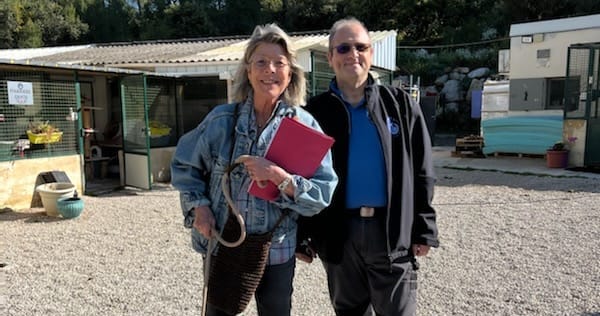 The Princess of Hanover was reunited with her dog at Salon-De-Provence on Wednesday, April 27.

No harm done. Sissi had lost her way in Saint-Rémy-de-Provence near the Princess’ home. Fortunately, the Salon-de-Provence SPA captured the wandering Picardie Blue Spaniel, took her into safekeeping and looked after her.

Princess Caroline was able to pick Sissi up straight away from the SPA, shining a spotlight on the essential role played by animal protection organisations.

The local charity, SpSa, in difficulty

Like many animal protection organisations in France, Monaco’s SpSa (Save Protect Support Animals) is stretched to the limit. While the SpSa has no links with the SPA, its mission is to protect animals in the Principality.

With €7,500 in unpaid veterinary bills, the association is in danger of having to close down and will no longer be able to save the lives of sick, abandoned or mistreated animals.

For the time being, it is the organisation’s volunteers who are covering costs. The charity has therefore appealed for donations to be able to continue carrying out its work.

If you want to help SpSa, you can make a donation directly by Paypal, by Credit Card or by cheque.