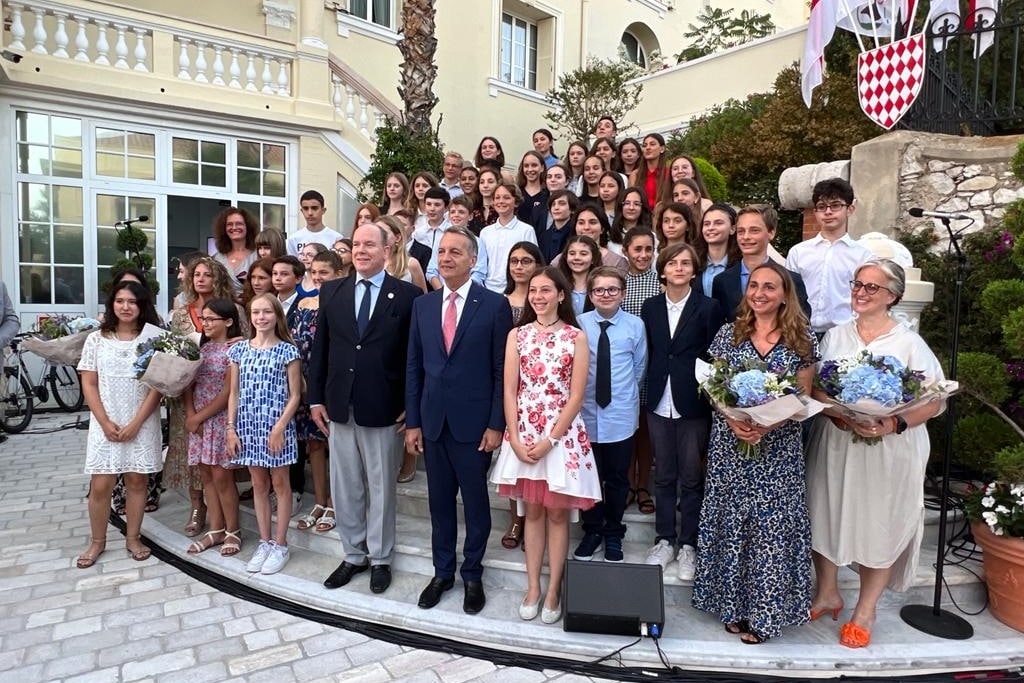 52 students rewarded for their proficiency in the Monegasque language, at an event they will remember for the rest of their lives.

In all 50 pupils, from CM2 to 3ème (US 5th to 9th grade, UK years 6 to 10), were presented with prizes such as medals, books and even stamps by Prince Albert II, Mélanie-Antoinette de Massy, Mayor Georges Marsan as well as numerous elected representatives of the Municipal Council and the Government of Monaco. A 10th grade/year 11 pupil and a 11th grade/year 12 student were also rewarded, outwith the competition, to congratulate them for having kept the option up in high school.

SEE ALSO: The best books for learning the Monegasque language

The ceremony opened with the Monegasque anthem, then the Mayor of Monaco, Georges Marsan, gave an inaugural speech in which he stressed that Monegasque represents “the language of heart and home” to Monegasques.

In the middle of the evening, five young students brilliantly performed a French-Monegasque sketch, in which they paid tribute to Prince Albert I.