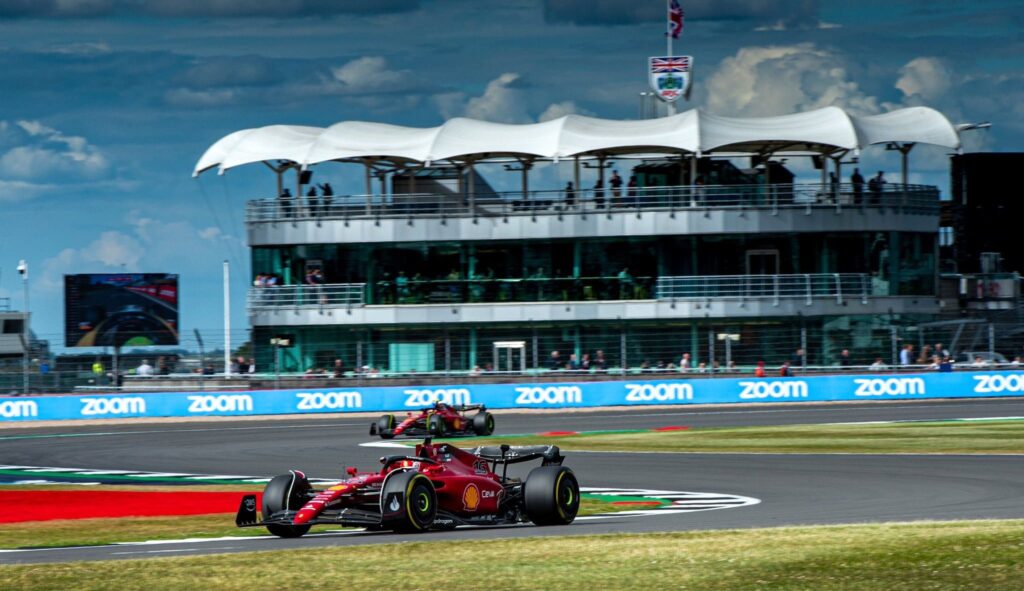 At the end of a race that was marred by a terrible crash involving Guanyu Zhou’s (Alfa Romeo), the Monegasque driver saw his teammate Carlos Sainz take his first F1 victory, even though he seemed best placed to win.

Mixed emotions at Scuderia Ferrari. On the one hand, a first career victory for Carlos Sainz. On the other, a huge disappointment for Charles Leclerc, once again in a position to win, but forced to settle for a meagre fourth place.

Despite a damaged front wing following contact with Sergio Perez (Red Bull) at the start of the race, Charles Leclerc showed great pace throughout the Grand Prix.

In the lead blond the halfway mark after an eventful start (Zhou’s accident caused a red flag), the Monegasque was (again) the victim of the Scuderia Ferrari’s tactics, as they decided to leave him on the track when the safety car came out on lap 41, unlike Carlos Sainz, who went into the pits.

On tyres which were more worn than those of his rivals (Sainz, Perez, Hamilton), Leclerc demonstrated admirable grit and masterful driving to stay in the fight, treating the crowd to a fantastic tussle with Lewis Hamilton (Mercedes).

But it was mission impossible (a nod to Tom Cruise, who watched the Grand Prix from the Mercedes pits) for Charles Leclerc, who missed out on the podium, behind the Sainz-Perez-Hamilton triumverate.

His post-race reaction: frustration, as all too often this season. “We could have stopped when the safety car came out, but I was asked to stay on the track…,” he said after the race, his face strained. “Honestly? I am very, very, very disappointed.”

In the world championship, despite coming seventh (the result of a flat tyre during the race), Max Verstappen (181 points) is still comfortably in first place, ahead of his teammate Sergio Perez (147 points) and Charles Leclerc (138 points), who now has Carlos Sainz (127 points) in his rear view mirror.

The next race is this weekend in Austria (8-10 July), on the Spielberg track.