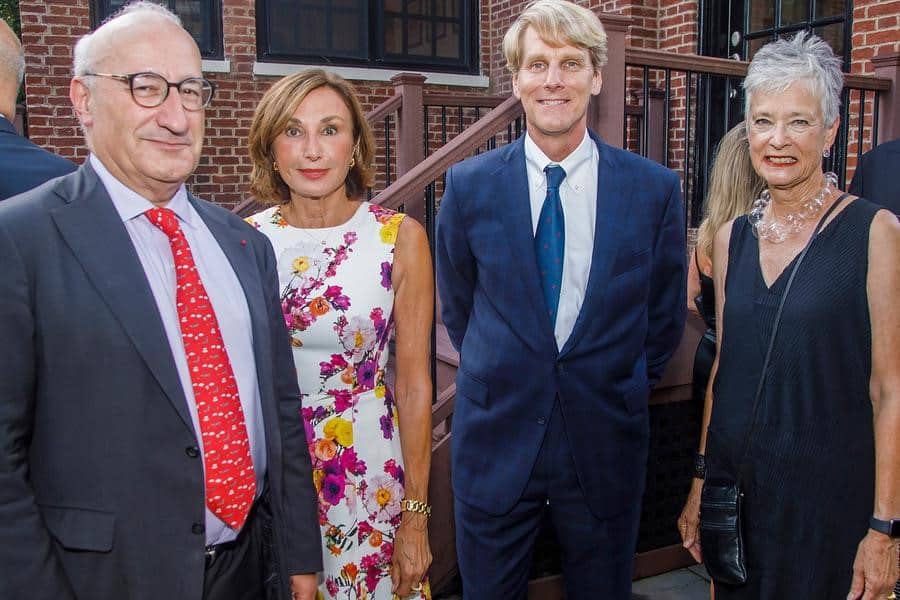 A reception was held in her honour and that of Prince Albert II in Monaco’s Embassy in the United States.

An exhibition is dedicated to Princess Grace, an iconic figure of the Principality. Currently in Washington, DC, the Hillwood Museum Estate and Gardens is showcasing the timeless style and elegance of the Princess through her dresses, especially those created by Dior.

The Embassy of Monaco in the United States organised a reception to mark the 40th anniversary of the Princess’ death, but also to celebrate the anniversary of Prince Albert II’s accession to the throne. Many ambassadors, U.S. government officials and cultural figures accepted the invitation.

Monaco and the United States, a cultural partnership

Monaco is exhibiting beyond its borders. In addition to Princess in Dior, the Principality is currently presenting a series of photographs in partnership with the Prince Albert II Foundation at the Kennedy Centre. Other photos are on display at the French Embassy in the United States. The second exhibition focuses on Legends of Monaco.

But the most eagerly anticipated event of the year is without doubt an American performance by the Monte Carlo Ballets. It will take place in November at the Kennedy Centre and the dancers will perform the ballet Cinderella.

For more information on Monegasque events in the United States: MonacoEventUSA