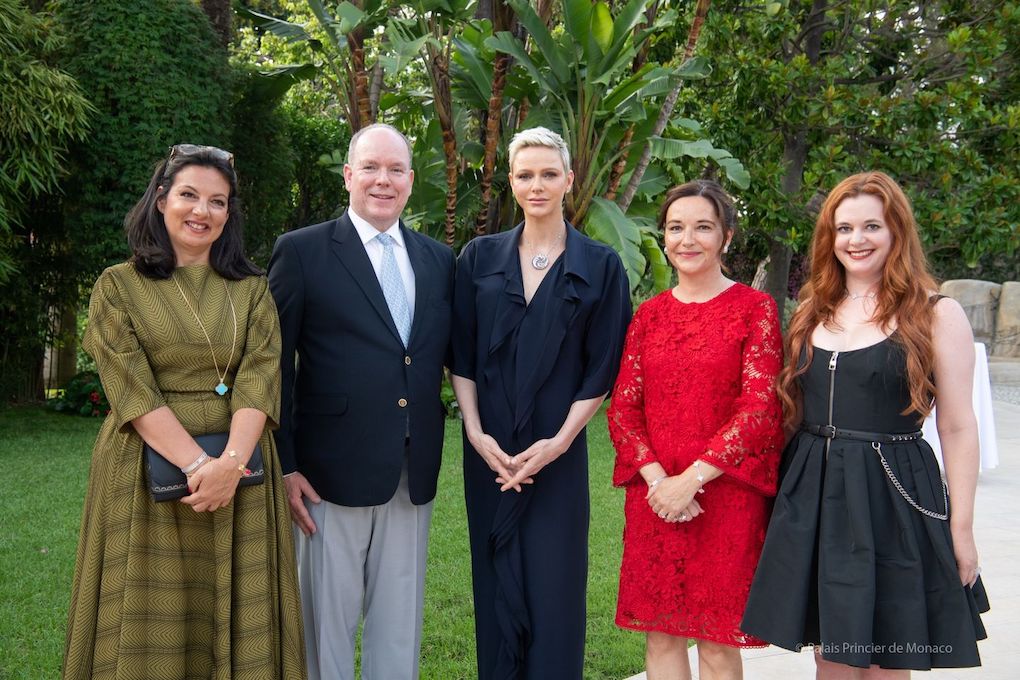 The Van Cleef & Arpels Maison has created a long necklace, a pendant and a bracelet in memory of Prince Rainier III’s wife, with a share of the sales being donated to the Princess Grace Foundation-USA.

In mid-July, Prince Albert II and Princess Charlene received a few guests from the prestigious Van Cleef & Arpels firm for a cocktail party in the superb gardens of the Prince’s Palace.

The Princely Couple was able to see the new Vintage Alhambra creations: items of jewellery that were specially made in support of the Princess Grace Foundation-USA.

A preview of the Vintage Alhambra long necklace, pendant and bracelet in yellow gold, gold mother-of-pearl and diamonds was held in the Maison’s boutiques in Monaco, Cannes and Place Vendôme in Paris on 14 July. A sunny, elegant set inspired by Princess Grace. The sumptuous jewels will be on sale exclusively for eighteen months, with a share of the proceeds going to the Princess Grace Foundation-USA.

Princess Grace was also a regular customer at Van Cleef & Arpels, which even became, in 1956, “Official Supplier to the Principality of Monaco”, after Prince Rainier III offered his wife a pearl and diamond set as a wedding gift. Prince Albert II also called on the services of the jewellery company, giving Princess Charlene an “Océan” necklace that can be transformed into a tiara.

The Princess Grace Foundation-USA, created by Prince Rainier III in 1982, endeavours to perpetuate the memory and legacy of Princess Grace and her commitment to the arts in the United States. The Princess Grace Award supports and promotes talented artists who are starting out in the fields of theatre, dance and film, offering its winners substantial financial aid and the prospect of support throughout their careers.

Brisa Carleton, the Foundation’s CEO, told us: ” It has been a privilege to work with Van Cleef & Arpels— an iconic brand that has such close personal history with Princess Grace and Monaco. This collaboration helps our goal of ensuring that new generations continue to be inspired by Princess Grace’s ongoing influence and impact,. We are delighted that the proceeds from this exclusive collection will go directly toward continuing Princess Grace’s legacy of supporting emerging artists in theater, dance and film.”