La Diagonale: training more central than ever to AS Monaco’s vision 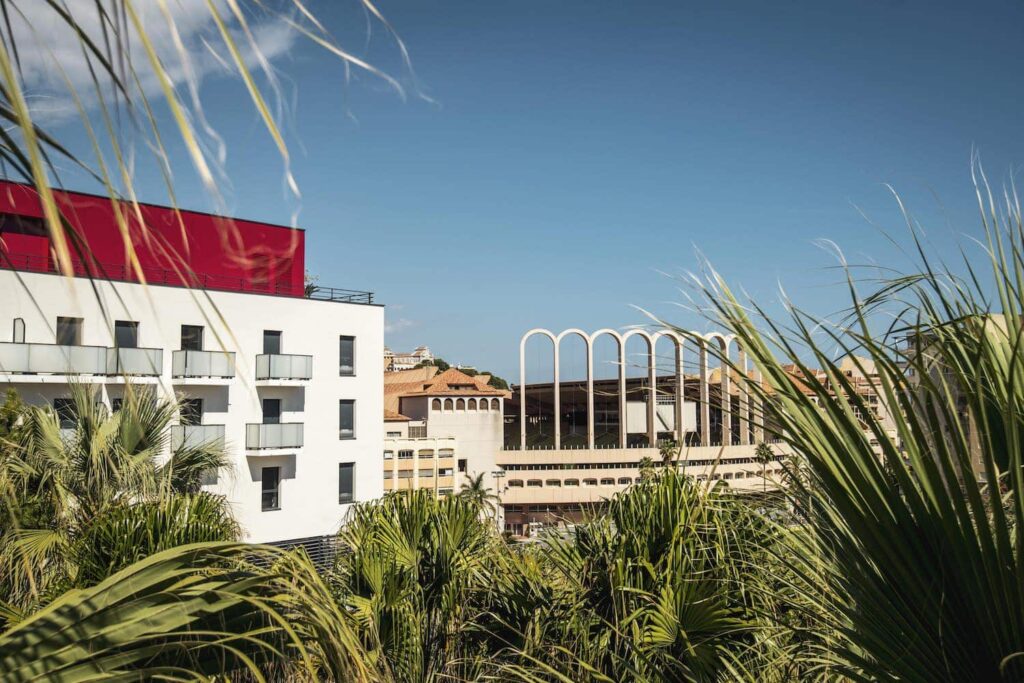 AS Monaco officially opened its training centre on Thursday 8 September 2022. A brand new facility, which is in keeping with the club’s DNA, i.e. putting training front and centre.

There was a lot of wind, sunshine and especially smiles as we stepped through the doors of La Diagonale. But before touring the imposing red and white building, a veritable nest for AS Monaco’s youngsters, Prince Albert II cut the symbolic ribbon to make the inauguration official, with a pair of scissors presented by Mamadou Coulibaly, a resident at the training centre who recently turned professional with his formative club, and who is also a member of Peace & Sport’s Young Champions for Peace.

A big thank you on behalf of all Cap-d’Ail inhabitants and AS Monaco fans, for the great happiness you have given us by enabling the club to return to its rightful place at the very top of French football

It is a strong symbol for the club as, more than ever, it intends to place its youngsters at the centre of its strategy. “This new, very modern facility will enable AS Monaco to build on the high standards it has set itself, as well as the links that already exist between the Academy and the professional squad,” said Jean-Emmanuel de Witt, the club’s CEO. “We have confidence in, and believe in, our youngsters. We have proof of this today, with Maghnes Akliouche, Benoît Badiashile, Eliot Matazo, Soungoutou Magassa, Felix Lemarechal and Yllan Okou, who are all part of the professional squad.”

After the delivery of the “Loges des Légendes” at the Louis II stadium during the 2019-2020 season, an ultra-modern space financed by the Government with boxes aimed at VIP clients, and the Performance Centre in La Turbie, which was inaugurated at the beginning of the month and houses all the first team’s amenities, AS Monaco has unveiled its final project: La Diagonale, the third and final investment phase for the club and the Monaco Government.

The inauguration was an opportunity for the Mayor of Cap-d’Ail, Xavier Beck, to thank President Rybolovlev “on behalf of all Cap-d’Ail inhabitants and AS Monaco fans, for the great happiness you have given us by enabling the club to return to its rightful place at the very top of French football.” The speeches were concluded by Jean-Emmanuel de Witt, who made a point of “thanking His Serene Highness Prince Albert II for his unfailing support, as well as the Government of Monaco, which carried out and financed the project.”

It was finally possible to hold the inauguration of the new complex, which has been in operation for almost two years, after several postponements due to the health situation caused by the Covid-19 pandemic. AS Monaco opened the doors of La Diagonale for a complete tour of the premises, in the presence of Ekaterina Rybolovleva (member of the Board of Directors of AS Monaco), Juan Sartori (Vice-President of AS Monaco), Pierre Dartout (Minister of State) and Jean Castellini (Minister of Finance and Economy).

As we step through the door we are right in the heart of AS Monaco’s world. On a giant screen, Kylian Mbappé, Valère Germain, Abdou Diallo and a large number of the players who trained at ASM send their encouragement to the club’s young people in a video message. The relaxation rooms and classrooms are on the ground floor, as are the administration offices.

Previously housed in the bowels of the Louis II stadium, the six-storey building brings all of the Academy’s young talent together in one location, and has many different parts. Accommodation, cafeteria, medical and physical preparation areas occupy the different floors. Block A comprises 23 single and 12 double rooms have, while Block B has some 22 independent studios for adults.

Tuition at the core of the educational project

For the 2022-2023 season, 69 players spread over the Elite group, the U19s and the U17s occupy La Diagonale, under the supervision of 60 members of the technical staff (coaches and staff, performance / medical department, recruitment, housekeeping, tuition).

Having joined the club four seasons ago, 18-year-old goalkeeper Alain Zadi has seen the development of the infrastructure first hand. “The new centre is much more modern, the premises are bright,” he said during the inauguration. “We have a great facility, where we can develop as athletes but also as young men.”

It is thanks to its school structure that La Diagonale is a guidling light among French training centres. With a 100% success rate in the Baccalaureate in the summer of 2022, the Academy stands out for the extensive support it provides to its apprentice footballers at school. A sign of excellence, confirming that the red and white training centre is one of the best in France.

“I believe we have one of the best training centres in the French league,” said Pascal De Maesschalck, director of youth development, “In terms of potential for the building and facilities, certainly, but also the way we manage to combine football and schoolwork for our young players!”

One of the first clubs in the French championship to set up a training centre at the end of the 1970s, under president Jean-Louis Campora, AS Monaco has trained no fewer than five world champions: Thierry Henry, Emmanuel Petit, David Trezeguet, Lilian Thuram, Kylian Mbappé. A list that may well grow in the coming years thanks to this new training centre.