AS Monaco: Kevin Volland and Caio Henrique on joining the club 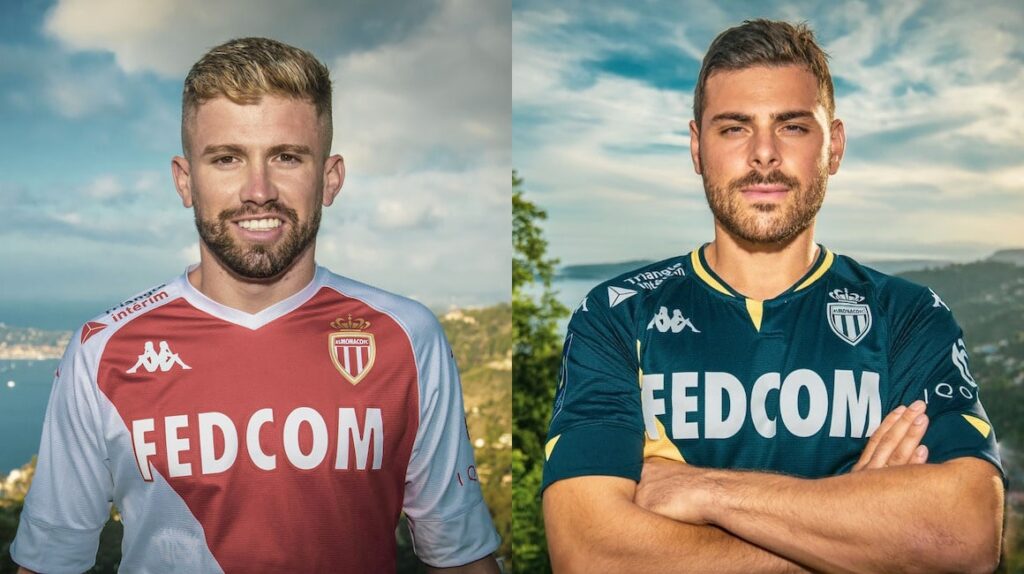 Two days before the match against FC Nantes, Kevin Volland and Caio Henrique were presented to the press this Friday afternoon in the company of Oleg Petrov and Paul Mitchell. It was an opportunity for the two players to share their thoughts about joining AS Monaco.

Both of them were smiling. While ASM’s coach Niko Kovac was unable to attend the presentation press conference as he was self-isolating after testing positive for Covid-19, Kevin Volland and Caio Henrique made their first appearance in front of the media. The latest recruits were happy to join the Principality’s club and shared their first impressions.

Arriving ten days ago from Bayer Leverkusen, the German international striker (10 caps) did not hide his happiness at discovering Ligue 1 with AS Monaco. He about to live his first experience abroad. “It’s a different league, there is a lot of speed in this league, a lot of physicality, box-to-box play,” Volland said. “The first few days went very well, I was welcomed very well by my new teammates. I hope to adapt quickly to Ligue 1, as there are differences again between Germany and France, and I will definitely need some time,” he added. A versatile striker, Volland has been recruited to play at the forefront of the attack alongside Wissam Ben Yedder. “The strength of Kevin’s profile is that he is versatile, he can play anywhere, at any position in attack,” said Paul Mitchell, ASM’s sporting director. “In my teams, I like to introduce competition. With Kevin you have a lot of options. I’m not the coach, but my job is to build a team with complementary profiles, to balance the squad. I obviously think he can form a great partnership with Wissam Ben Yedder, they have the qualities to play together,” Mitchell added.

Caio Henrique: “AS Monaco is the perfect choice for me”

AS Monaco’s second rookie after Axel Disasi who arrived from the Stade de Reims, Caio Henrique hopes to take a quick victory for the club. “I had different offers in Europe but I saw AS Monaco as the perfect choice for me, to both progress and to participate in the great program for which AS Monaco is famous, a Club where young people work, play and work. I think this is the right destination for me,” he said. “It’s an important season for me coming up and I intend to have a great season with AS Monaco. The Olympic Games are a goal I have with the Brazilian national team, but it will mainly depend on my success with AS Monaco,” Henrique added. A versatile player, capable of playing as a left-back or midfielder, the 23-year-old Brazilian could make his first start with ASM against FC Nantes on Sunday afternoon (5pm).