Covid-19: What you need to know about Monaco’s new restrictions 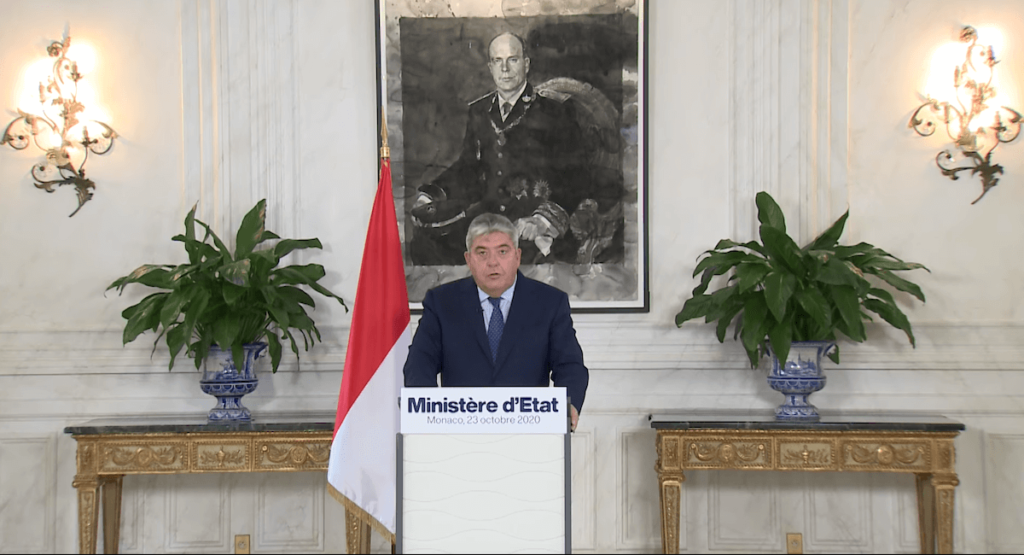 24 hours after France announced a curfew extension to 54 departments, Monaco announced new measures to help tackle the pandemic. Currently, Monaco has a rate of 81,58 cases per 100,000 people.

The number of Monaco’s coronavirus cases has doubled in the last week. Yet, Minister of State Pierre Dartout insists that “there is no reason to put the country under curfew”. The new measures were introduced on Saturday 24 October and will stay in place until 1st December.

“Our aim is to go about the situation with pragmatism and flexibility. If cases were to rise further, we might have to introduce more stringent measures. We would like to avoid new restrictions as much as possible, to keep a balance between protecting public health and maintaining the economy open, which is essential to our jobs and to our prosperity.”

“Half of the transmissions occur within the private sphere,” noted the Minister of State, who stressed the importance of “avoiding big family reunions and large gatherings with friends”. He also invited Monégasques and residents to avoid unnecessary trips to any region particularly affected by the virus.