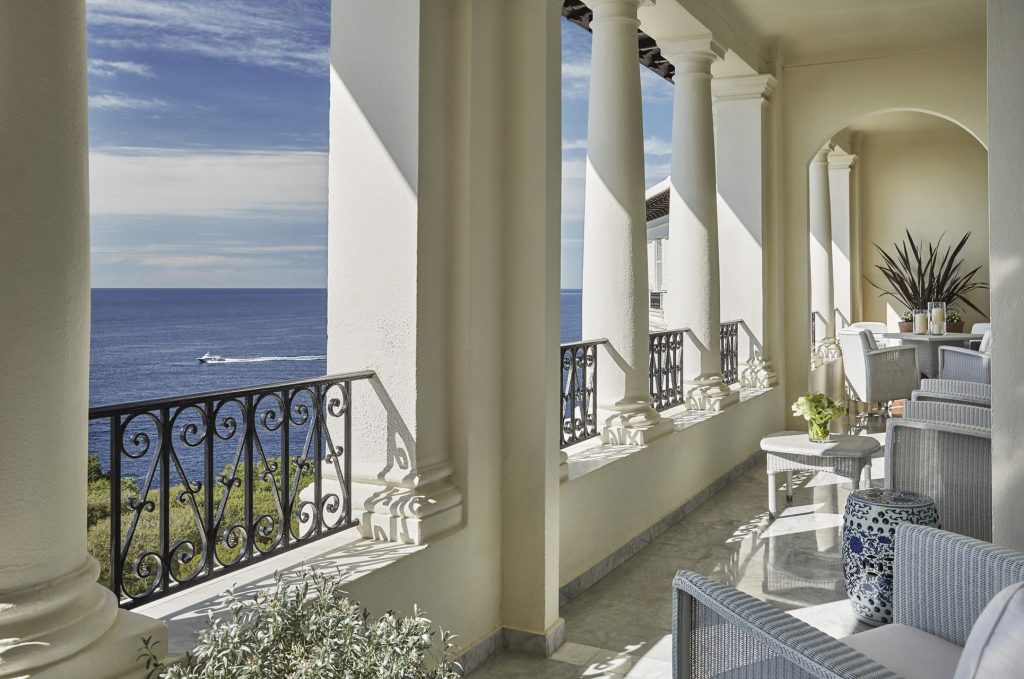 Locals call it the “Great White Lady”. For the last episode of our series on the Riviera’s luxury hotels, discover the Grand-Hôtel du Cap, an alabaster palace that sits proudly at the utmost point of Saint-Jean-Cap-Ferrat.

“It is simply impossible to talk about the Grand-Hotel without mentioning the history of the village of Saint-Jean-Cap-Ferrat first,” says François-Régis Simon, the hotel’s General Manager since April 2015.  At the end of the 19th century, Saint-Jean-Cap-Ferrat is but a hamlet of the nearby village of Villefranche-Sur-Mer, where farmers and fishermen live in modest houses around the church and the port. But at the end of the century, King Leopold II of Belgium builds a villa on Saint-Jean-Cap-Ferrat. And the hamlet is no longer a hamlet. Two hotels are built in order to accommodate the king’s friends, including the Grand-Hôtel du Cap in 1908.

For the last century, the Grand-Hôtel du Cap has watched history unfold. In 1914, the hotel is converted into a war hospital and in the early 30s, it becomes a film set for the 1933 version of Don Quichotte. And with celebrity come celebrities: as the summer season on the Côte d’Azur becomes fashionable, the hotel welcomes the beau monde, from Winston Churchill to Elizabeth Taylor.

In the 50s, the Grand-Hotel turns America’s eye and its wealthiest families, and to this day guests from over the pond are rife at the hotel.  For Francois-Régis Simon the establishment’s interior design, conceived by Pierre-Yves Rochon, has a lot to do with the hotel’s appeal. “We owe Rochon the minimalist hues of the Grand-Hotel, a mix of the white of light, the blue of the sea and of the sky, and the green of nature,” he says.

From wellness to patisseries

At the heart of the hotel’s ethos is the pledge to offer guests a moment of respite from the frenzy of everyday life. “Our spa has six treatment rooms, including one which offers aromatherapy. The aromatic plants used for treatments are grown in our gardens. We have to ensure that our guests can rest and that a weekend at Cap-Ferrat is an occasion to recharge one’s batteries,” explains the hotel manager.

A lot of things are in the works at the Grand-Hôtel du Cap. “We’re working with dieticians and osteopaths to organise wellness retreats.”  The headquarters of the hotel’s swimming club, inaugurated in 1939, are also being renovated and will be transformed into two villas.  And as for the sweeter things in life, head patissier at the Grand-Hôtel, Florian Margaillan has marketed his very own Christmas line. A range of gourmet products by the name of Délices du Cap, including a yule log cake, will be launched in November.