Philippe Ortelli (FEDEM): “Monaco will be able to pick itself up” 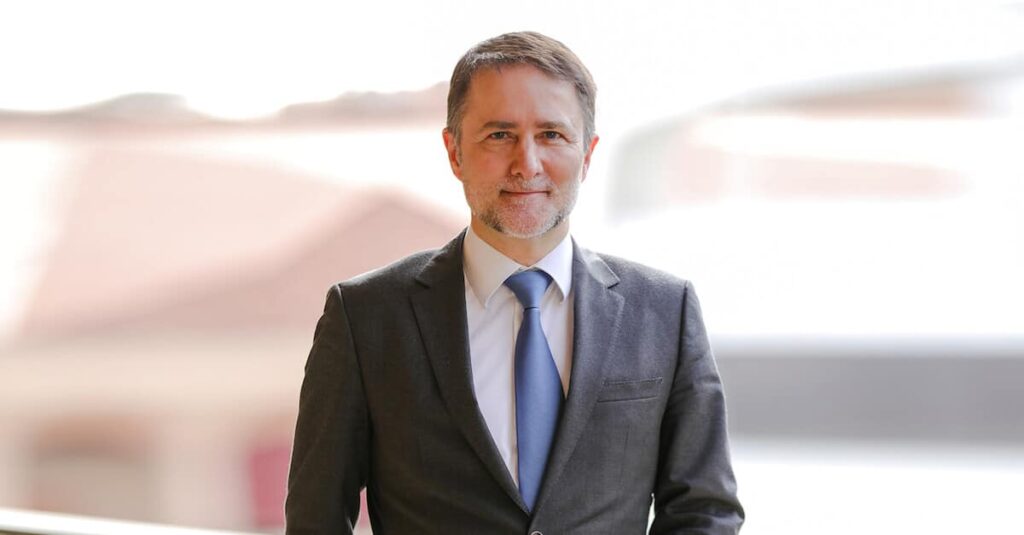 We met with Philippe Ortelli, president since 2008 of FEDEM, the federation of Monaco Businesses. Ortelli spoke to us about how he thinks Monaco should be handling the crisis, his thoughts on companies’ digital transition, and how the principality fared in 2008.

On 13 October, several representatives of FEDEM met with Monaco’s Minister of State Pierre Dartout to assess the Principality’s social and economic situation in light of the pandemic. “It was the start of a dialogue, which, we hope, will be frank and constructive,” says Philippe Ortelli, FEDEM president.

While Ortelli stresses that Monaco’s recovery plan was “outlined by the government without much dialogue between actors”. He also acknowledges that the new measures are fundamental to help the sectors most affected by the pandemic navigate the future.  “The Blue Fund (intended to help businesses in their digital transition, ed.) will play a key role in the following months. It will help Monaco businesses transform and come to grasps with the new skills required in this digital transition, so as to fully benefit from the advantages of technology,” he says.

However, Philippe Ortelli also looks at the other side of the coin. “While the state can support and protect, it will never be able to act as a substitute for a real economy,” he stresses. Take unemployment benefits, for instance.  While he says “it is necessary to keep jobs in heavily affected sectors”, the measure, which has been prolonged until 31 March 2021, “still requires the employer to pay 20% of the worker’s wage. Yet some businesses do not make enough profit to provide that 20%,” he says.

Remote working takes a toll on shops and restaurants

“We’ve always been in favour of remote working, but we also think that it must be introduced carefully and in moderation. There must be a predetermined framework, to avoid any possible administrative or legal conflicts,” explains the president of FEDEM. He is also keen to stress the economic impact of working remotely, which “takes a toll on Monaco’s shops and restaurants,”  but also on human relations. However, in the face of the epidemic’s resurgence, remote working will once again be in great demand. “For us, the right proportion is a maximum of two days a week out of five,” he says.

Layoffs to save the economy?

Philippe Ortelli doesn’t beat about the bush.  « We must let businesses face the crisis head-on by giving them the freedom of adapting to the economic situation and organising their workforce accordingly. We must make sure that their economic activity is sustainable in the long term,” he says. In other words, if the situation requires it, layoffs should not be avoided.

The SBM comes to mind. The company in charge of Monaco’s most famous institutions, including the Monte-Carlo Casino, and Monaco’s largest private employer, recently announced a restructuring plan which includes voluntary departures and layoffs. “The SBM works in a sector that has been profoundly affected by the pandemic. It’s normal that for them to survive they need to adapt to the current economic situation,” he says.

After 2008, it took us three years to get back the 3,000 jobs lost during to the economic crisis

“Unfortunately, I think that we have a few thousand layoffs ahead. Yet I’m hopeful. I think that eventually, Monaco will be able to pick itsellf up. But in order to do so, we must give the economy what it needs to get back on track,” he says, adding: “after 2008, it took us three years to get back the 3,000 jobs lost during to the economic crisis. It’s the same scenario all over again”. Ortelli is also keen to stress that the economy will only be able to bounce back if Monaco’s government doesn’t impose “new statutory or legislative limitations”.

Ortelli takes law number 1,488 as an example. The law voted on 11 May 2020 prevents unfair dismissals and forces businesses to work remotely. “The law also put the pandemic’s financial burden on the employer’s shoulders by forcing the employer to continue paying employees even if they no longer have work to provide the employee,” explains Philippe Ortelli. The FEDEM, which filed a petition for annulment with Monaco’s court on May 18, hopes for an amendment before the end of the year.