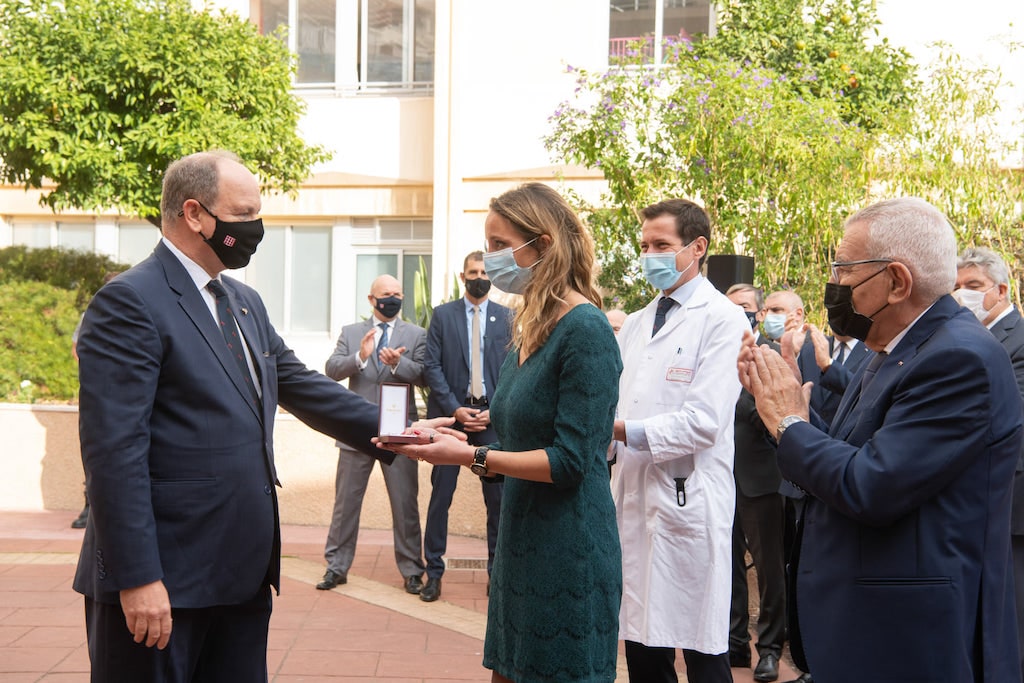 The insignia of Knight of the Order of Grimaldi was created by Prince Rainier III on 18 November 1954 and rewards exceptional services rendered to the Prince or his family, as well as any acts that have contributed to Monaco’s prestige.

Thanking medical professionals for their efforts

The Sovereign, who had Covid-19 back in March, thanked medical staff for their professionalism. “It seems to me both natural and necessary to express the community’s gratitude to those who, in the darkest hour, responded,” he said.

Following my directives, the government has adopted measures to stop the spread of the coronavirus while seeking to preserve, as much as is possible, Monaco’s economy and jobs.

The fight is not over yet

The Sovereign stressed that the work of the Princess Grace Hospital does not belong to “a bygone past”.  In light of the second wave of the pandemic, the Prince reminded the importance of respecting Monaco’s health measures, saying that they are aimed at the common good.

The little-known body getting Monaco through the pandemic

Monaco to keep curfew until mid-December

The little-known body getting Monaco through the pandemic