Côte d’Azur braves the cold: a winter like no other 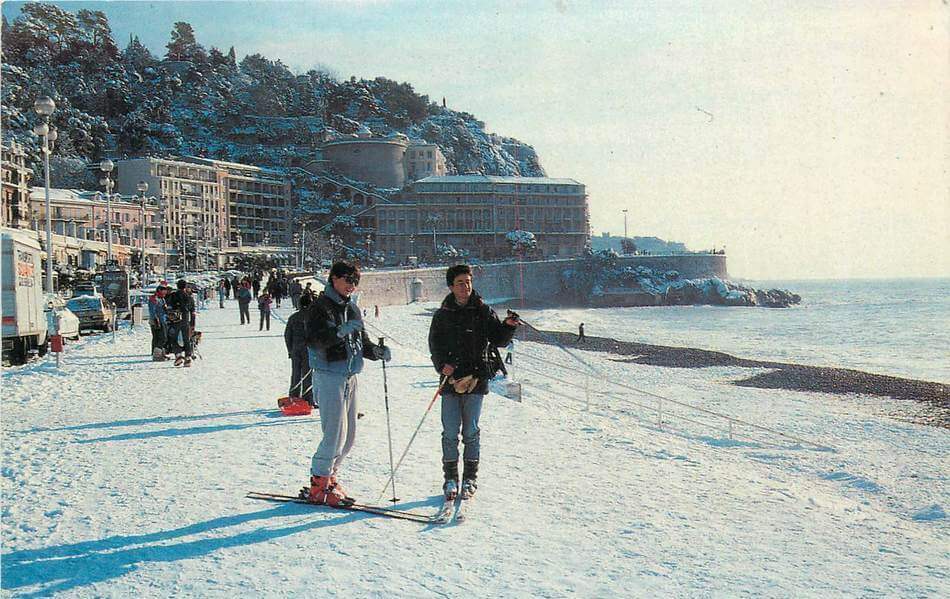 The south of France has seen unusually chilly temperatures this winter, with reports suggesting this could be the new normal.

Woolly hats, coats, scarves and gloves are a strange sight at this time of year along the Côte d’Azur. A light jacket is normally all that is needed to keep warm under the winter sun. Not this year. Temperatures in the region are currently 6 to 7 degrees below average.

It’s a completely different picture from January 2020. The water may have only been 13 degrees, but it was warm enough to enjoy a quick dip in the neighbouring Var region. According to Météo France, of all the temperatures recorded that year, the 10th highest was in Toulon. 2019 was also the hottest year on record for the entirety of the Côte d’Azur.

Air from the North Pole and Russia

The French Riviera is susceptible to two different types of cold. Weather expert Paul Marquis explains the difference: “Arctic maritime air comes from the North Pole, from the north-west. It’s a moist air, it’s humid. Continental air comes from Russia. It’s much drier and that is what we are experiencing along the coastline at the moment.” This continental air occurs every three years.

Whether a die-hard dipper or not, should you be making the most of these unusually cooler temperatures? Not particularly. They are unlikely to be a one off. The Report on the State of the Environment and the Development of the Mediterranean (SoED 2020), published last November, declared that even the Mediterranean population is at risk from climate change.