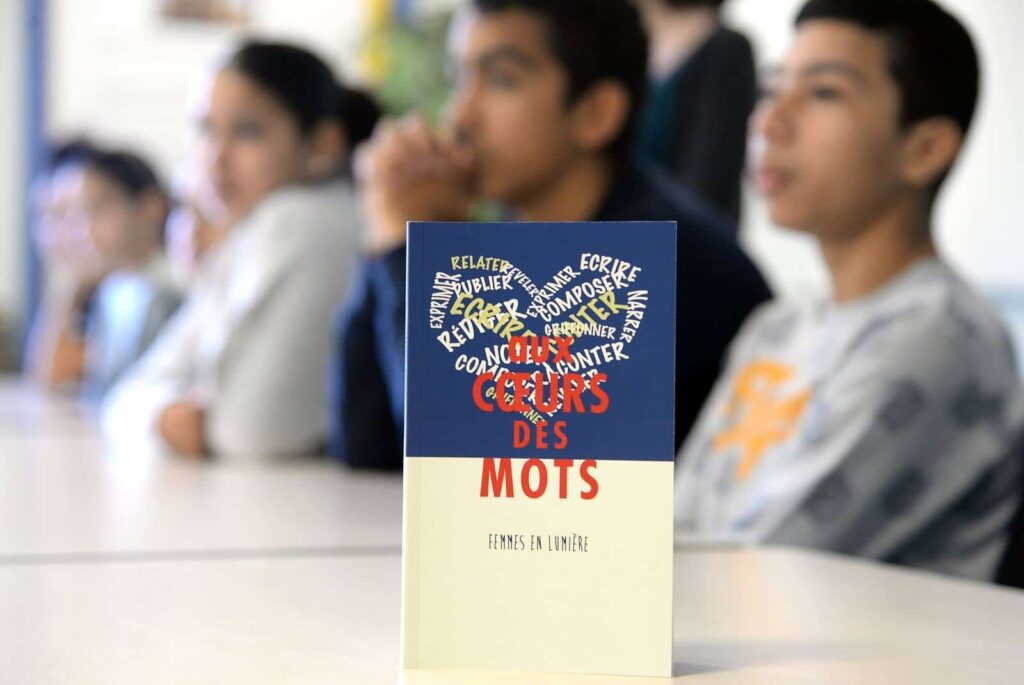 For Aux Coeur des Mots (ACDM), achieving gender equality starts by working with young people. For the third instalment of our International Women’s Day series, Monaco Tribune looked at how the organisation is involving the younger generation in the fight for equal rights.

What if the key to achieving gender equality was to start by educating and engaging young boys and girls? A group of 17 women, from all different backgrounds, had this very thought, and ACDM is the fruit of their work. In the words of founder Hilde Haneuse-Heye, “if you want to change something, you have to target the youngest people possible.”

In order to solidify their achievements, ACDM created a writing competition, because according to the President, “words can be forgotten, but writing can’t be erased.” In 2020, they launched the third edition of the competition entitled “for a better and fair world”.

Young people speak up if we give them the opportunities

A writing competition to promote equality

Last year, 54 countries and around 1,500 students, both boys and girls, all took part in this writing competition aiming to involve young people in the fight for equality. Children had free rein to be as creative as they liked, and afterwards their works were all put together and showcased. Some wrote short stories about gender inequality or drew inspirational women, whilst others wrote poems about a world with equal rights for everyone. Whatever they created, Hilde Haneuse-Heye recognises that “young people speak up if we give them the opportunities.”

Togo was elected by an international and Monégasque jury as the winner of the second edition of the competition. A portrait of the first female office in Congo’s armed forces convinced the judges that they should take the top spot.

A global perspective on inequality

After the competition draws to a close, winning contestants from around the world come together for the awards ceremony. After the health crisis forced the date to be pushed back, Prince Albert II, honorary President of the organisation, has chosen the 15 October 2021 for this year’s gala.

As well as a project focusing on equal rights, the competition has a multicultural aspect to it and has been placed under the patronage of the International Organisation of La Francophonie. The competition takes place where “it makes the most sense for the fight for gender equality to begin”, which is in schools or where French is taught. French helps “forget about borders and unites different cultures.”

According to Hilde Haneuse-Heye, this third edition of the competition has also helped young people “rediscover poetry and learn that it is important to find the right words.”

To support or become a member of Aux Coeurs des Mots, you can get in touch via https://auxcoeursdesmots.org/devenir-member or acdm.association@gmail.com