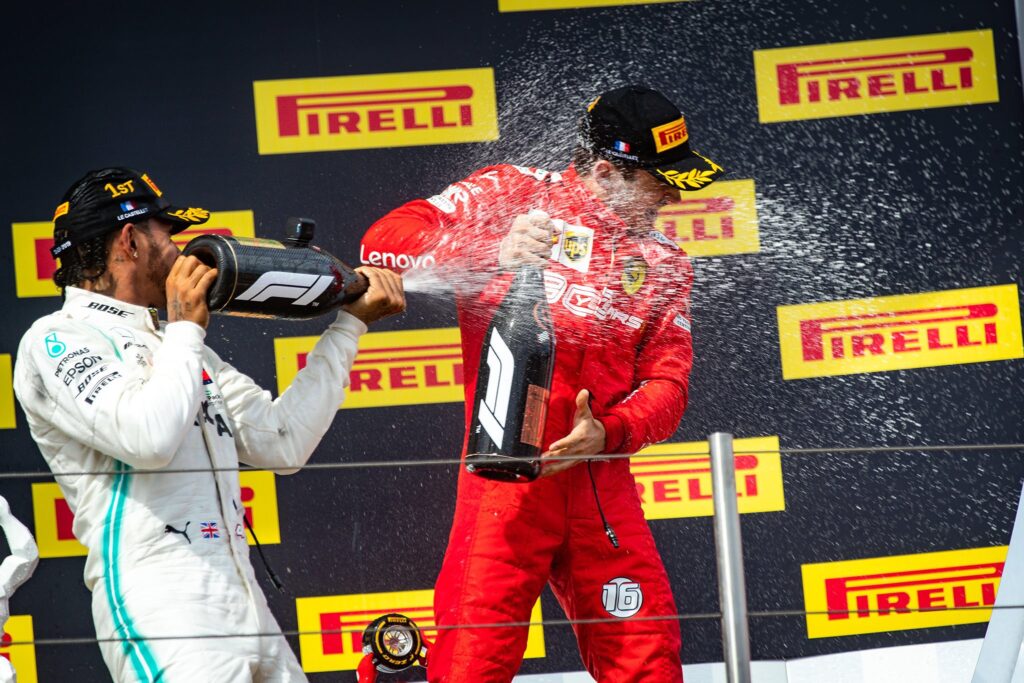 Gone are the days of popping a champagne cork on top of the podium. From now on, the winner of the Formula 1 Grand Prix will celebrate with a bottle of fizzy wine, following a new agreement with Prosecco brand “Ferrari”.

Preparations for the 2021 edition of the Formula 1 Grand Prix are well underway, but there is a slight change in store. In just three weeks time, drivers will take to the track in Bahrein, but taking to the podium will be a different story. Whoever wins the title this year will be celebrating not with champagne, but with a bottle of fizzy wine!

A tradition dating back to 1967

Standing on the top spot used to be synonymous with popping the cork from a bottle of Carbone champagne, produced by the Maison Devavry. Several champagnes have been used over the years, including Mumm and Moët & Chandon. However, this tradition has been put to an end after Formula 1 has now agreed to use Prosecco from Italian wine merchant “Ferrari”.

All the way back in 1967 was when this champagne tradition began. On the 2 July 1950, in Reims, during the French Grand Prix, two cousins gave birth to the idea of celebrating with champagne: Paul Chandon Moët and Frédéric Chandon de Brailles. Back then, the winners used to actually drink the champagne rather than spraying it. A lot has changed since Juan Manuel Fangio was handed that first bottle of champagne, after claiming the race’s very first victory!