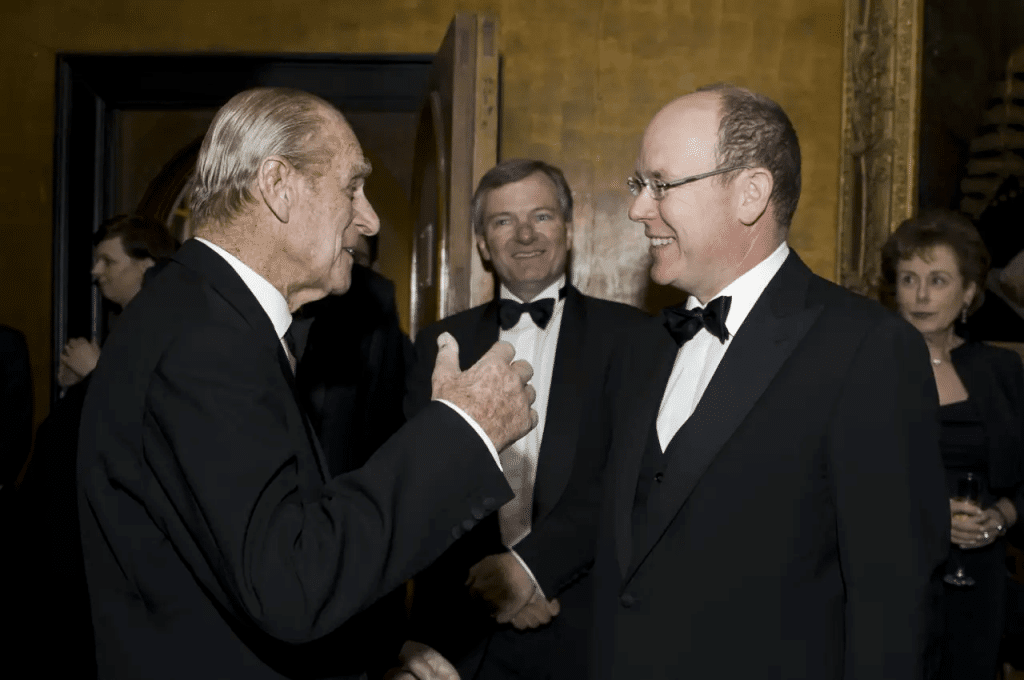 © Eric Mathon – Archives of the Prince’s Palace of Monaco / H.S.H. the Prince of Monaco met the Duke of Edinburgh on 17 January 2013, in Cambridge, on the occasion of the celebration of the centenary of Robert Scott’s arrival at the South Pole

Prince Philip passed away on the 9 April aged 99. Married to the Queen of England, we look back on his trips to the Principality over the years.

Following the death of the Duke of Edinburgh, Prince Albert II sent a heartfelt address to Queen Elizabeth. “Allow me to express to you, the members of the Royal Family and the British people, my most sincere condolences and my deep sympathy for your loss at this great time of sorrow,” read part of his message.

Prince Philip had a close relationship with the Principality. His father, André de Grèce, spent the last few hours of his life in Monte-Carlo in 1944.

The first time the Duke of Edinburgh came to Monaco was during his time as commander of frigate HMS Magpie, when the ship stopped over in the Principality in 1951. During this trip, he was invited to the Prince’s Palace by Prince Rainier III. He received the Grand Cross badge of the order of Saint Charles for his services.

15 years later, Prince Philip made a second official visit to Monaco. This time, he came for the centenary of Monte-Carlo. As part of the celebrations, there was an “english week”.

In 2013, he met with Prince Albert as the 100th anniversary of Robert Scott’s arrival at the South Pole was celebrated. Both men were passionate about protecting the environment.