Careers, unemployment, divorce: how the pandemic turned our lives upside down 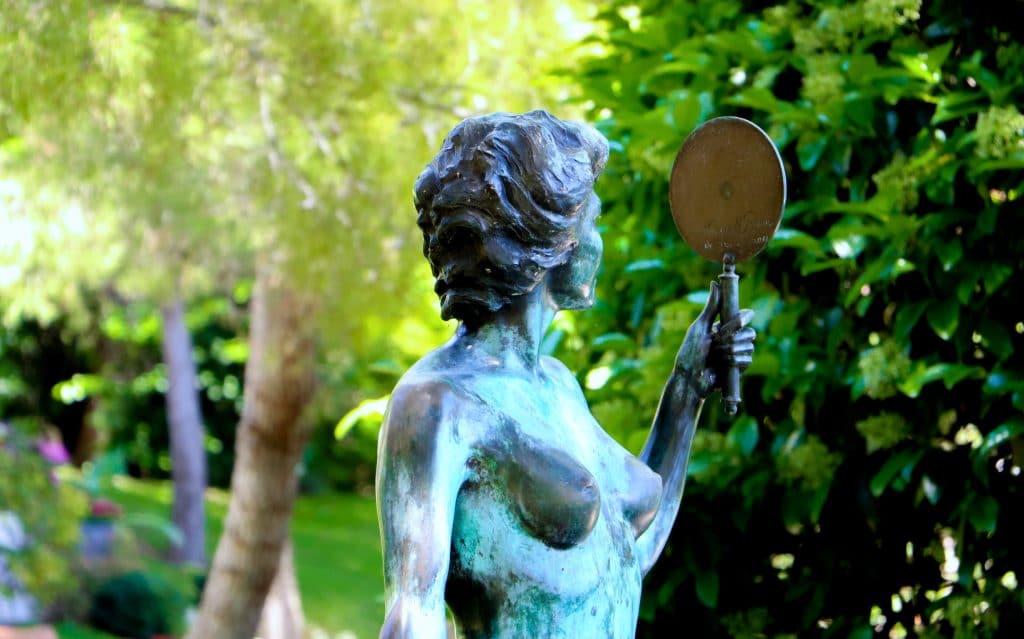 © Alizée Mosconi / A statue in the Saint-Martin Gardens in Monaco

In March 2020, the Covid-19 pandemic hit Monaco and its surrounding areas, forcing the region to lockdown for several weeks. Since then, how have our lives changed? From unemployment to career changes, marital problems to health issues, both the pandemic and economic crisis have left their mark on the Côte d’Azur. Five people from the region took the time to tell us their story, revealing the struggles and occasional successes from this difficult period that altered their outlook on life.

“Sometimes I’m scared to get my bills,” says one resident in Monaco, unemployed since the start of the health crisis and currently struggling to make ends meet.

“My food shops are much smaller these days and I often eat at my parents’ house,” says one forty year old, who used to work in the tourism industry, a sector hit particularly hard by the economic crisis. In 2020, the number of people employed in Monaco’s private sector also fell, by 3.9%, compared to the previous year’s statistics, according to IMSEE.

In Monaco, taking a job that pays 1,400 euros a month, when you’re single, just isn’t going to work. The cost of living and rent prices are simply too high.

A resident in Monaco currently looking for a job

“At the moment, I’m surviving on help from the government given to unemployed people, but this support is due to end soon,” he explains, the worry evident in his voice. “Being unemployed for so long has caused me a lot of anxiety, on top of the loneliness from the pandemic,” he says. “Ive managed to hold it together to avoid burdening my loved ones.”

Concerned about making ends meet at the end of the month

Not only is it difficult to find a job, but a sufficient salary too. “In Monaco, taking a job that pays 1,400 euros a month, when you’re single, just isn’t going to work. The cost of living and rent prices are simply too high.”

“I’m proud of the country I was born in, but at the same time I’m sensible: I’m not going to sell all my things just so I can pay a few months rent,” he says. “If we had plans before the global health crisis, then this has definitely left them hanging in the balance.”

“I’m still hopeful. I’m doing my best and adapting to all the changes,” he explains. “You can find a positive side to any obstacle, and that’s probably the best thing to do if we’re to get over them.”

As couples endured the various lockdowns, the strength of their relationship was often put to the test. In some cases, living so close together was too much. Last summer, Belgium recorded a sharp increase in divorces with a 19.3% rise in June 2020 in comparison to last year’s figures. Spain suffered a similar fate as divorces and separations rose by 17% in the final third of 2020, compared with the same period in 2019. According to IMSEE, there was only a slight decrease in divorces in Monaco, as cases dropped to 63 compared to 70 in 2019.

One of us slept on the sofa and the other in our bedroom, which really affected the family atmosphere.

Priscilla, aged 32, had to spend lockdown with her ex-husband whilst waiting for a divorce.

“Lockdown did not bring couples closer together!” says Priscilla, aged 32, who spent this time living in the same apartment as her ex-husband, whilst waiting for a divorce. “One of us slept on the sofa and the other in our bedroom, which really affected the family atmosphere,” she explains. “It was a difficult time. Amongst my close friends and family, several couples also separated after spending lockdown together.”

“At the start, I thought the lockdown would give us a chance to reconnect and get closer as a couple, but it didn’t quite turn out that way and now I feel like I’ve wasted my time,” explains one Monégasque. “At the time, it was taking much longer to process divorce papers, so the documents I could’ve sorted out before the pandemic actually only got done several months after.”

“I think the way it all panned out actually helped my children to accept our divorce. It gave them more time to get used to the news,” she notes.

“Sleepless nights and a completely skewed body clock, despite being able to do so much on social media.” Lockdown has had a lasting effect on this thirty year old, who now lives in fear of a second one: “it feels like treading on eggshells.”

Last January, Priscilla, who suffers from Marfan syndrome, had to go for her annual hospital appointment. During the consultation, she received the news that the dilation of her aorta had worsened, despite taking medication. As a result, she needed an emergency operation. “I could’ve died.”

“My pulse was getting slower and slower, it was worrying.” A few days before the operation, she had to call an ambulance. “I said goodbye to my six-year-old daughter as I lay on a stretcher. It would be three months until I saw her again,” she recalls. “I felt as if I’d been torn away from my children.”

Thanks to the medical team I was able to arrange a few visits with my children. The first one lasted only a couple of minutes, but the second time they stayed for an hour.

Priscilla, who suffers from Marfan syndrome, had an emergency operation at the start of the year.

Priscilla had to undergo open heart surgery. “Due to all the restrictions I had to spend the following months in isolation at the hospital,” she says. “Thanks to the medical team I was able to arrange a few visits with my children. The first one lasted only a couple of minutes, but the second time they stayed for an hour.” After three months in hospital, Priscilla only saw her 12-year-old son, who also suffers from Marfan syndrome, once. “The rest of the time we spoke on FaceTime.”

“At school, his grades dropped during all of this,” recalls this mother, who is very close to her children. “He really closed off and withdrew into himself, despite naturally already being quite introverted.”

“At times like this, you really feel the effects, you can almost become depressed. Every day, I was laughing one minute and in tears the next. I put on a brave face for my children and made them believe everything was okay,” she says. “My daughter really struggled with everything that was going on.”

“Today, I’m much more protective of her,” explains Priscilla, who is also careful to let her daughter make her own decisions. “Before the pandemic I always wanted her to be looking her best, but now I let her go out in fancy dress, wearing her butterfly wings if she wants to. I don’t let trivial parts of every day life bother me anymore, nor do I pay attention to what other people think,” she says.

Priscilla admits that the difficulties she has faced during the pandemic have changed her life. “I don’t take things so personally anymore. I’ve also realised what my priorities are and what I want out of life.”

Making time for yourself

“When the pandemic hit, all my work trips were put on hold,” explains Hélène, a 43-year-old saleswoman. Originally from Nice, she is used to regularly travelling around France, as well as abroad, but the current situation has forced her to work form home. “In the end, I’ve actually taken a lot of positives from this adjustment. For the past 15 years, I haven’t sat still,” she admits, but not before going on to add that “it’s been so nice to get my normal routine back these last few weeks.”

Lockdown gave me time to think and I ended up changing jobs.

Florian, aged 22, working as a dog trainer in the Alpes-Maritimes department.

“I got into baking,” says Hélène, who took advantage of the slower economy to “make meringues for the first time.” “I spent more time with my children and I bought from local businesses, going into shops I’d never been in before, because I never normally have the time.”

And this is not the only new habit she picked up. “I don’t have to greet people, particularly my clients, with the typical kiss on the cheek anymore! I think it’s so unhygienic, I hope we don’t go back to doing that.”

“Lockdown gave me time to think and I ended up changing jobs,” tells Florian, aged 22, living in the Alpes-Maritimes department. When the pandemic first began, he was working in a clothes shop in the centre of Nice, but the “atmosphere was tense.” “Our managers watched over us like hawks. It felt like I was working on a production line, either folding clothes or on the tills.”

During the first lockdown, the shop he was working in had to temporarily close, as did many other businesses. “I was finally able to enjoy some time off. It had been a year since I last took any holidays.” Then, whilst scrolling through social media, he came across a dog training video. Bingo!

>> READ ALSO: Why are so many French people choosing to work in Monaco?

Setting up his own business

As of June 2020, Florian stopped working in sales and pursued his new career as a dog trainer. Walking dogs, housetraining and teaching them how to behave all became part of his new reality. Falling in love with his new job, he finally launched his own business, Cani Corp, last February.

Both the health and economic crises have affected my career plans.

Manila, aged 20, a former student at the International University of Monaco

“Every day I get to do what I love!” says Florian, feeling very relieved. “This job allows me to distance myself from the materialistic world we live in and I feel so much freer working with dogs,” says this dog trainer.

“Both the health and economic crises have affected my career plans,” explains Manila, a 20-year-old graduate from the International University of Monaco (IUM). Having dreamt of working abroad, she finally secured a finance internship in Hong Kong in 2020, but the pandemic sadly robbed her of this opportunity.

“I’d prepared a lot for this experience. I was studying Chinese for five hours a day and I even did an internship in Shanghai just before, so I could get used to the Asian lifestyle,” explains the young Italian, drawn to the world of new technology and the dynamic way of living in Hong Kong.

“When I heard that I couldn’t go, I felt depressed. All my hard work felt like a waste of time,” she says. However, Manila made the most of a bad situation by launching the start-up DWorld, specialising in virtual reality, along with another student from her university. “A stroke of luck! Under normal circumstances, I wouldn’t have had enough time to focus on this project,” she says.

However, the pandemic and the economic crisis slowed down her residency permit application and it also took much longer to set up the business in Monaco too. “For almost nine months, I was unable to do anything,” she says.

“Nevertheless, the pandemic has allowed virtual reality to grow, which is a huge advantage for my start-up,” concludes Manila.

>> READ ALSO: How is virtual reality revolutionising the way we live?