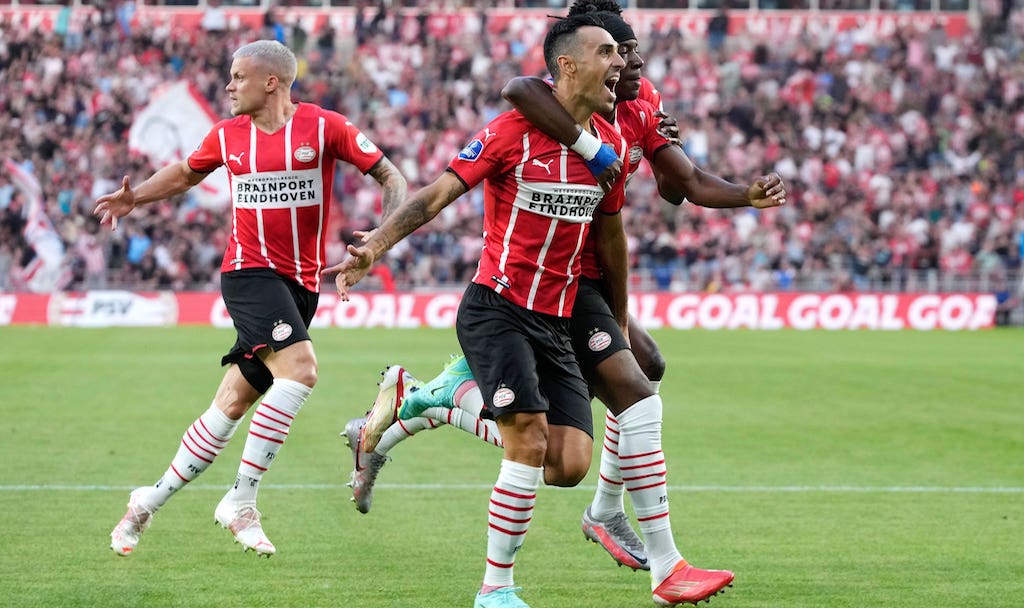 Whilst AS Monaco are favourites in this Europa League group B, they will still have to be wary of PSV Eindhoven and Real Sociedad. Not to mention the least known of the three, Sturm Graz, who could create surprise. An overview of the three opponents of the ASM during this group stage of the Europa League, which begins this Thursday (9 p.m.) with the reception of the Austrians at Stade Louis II.

The club is used to European competition and has seen legends and famous players wear its jersey, such as Ronaldo, Romário, Mark Van Bommel, Philip Cocu, Patrick Kluivert, Ruud van Nistelrooy, Arjen Robben, or more recently Memphis Depay and Georginio Wijnaldum. On a side note, the club was founded on 31 August 1913 by the factories of the prestigious Philips technology company to celebrate the centenary of France’s defeat in the Napoleonic Wars. Hence the name PSV, an acronym for Philips Sport Vereniging.

World champion with Germany in 2014 at the end of a final that will forever be engraved in his memory for having scored the only goal of the match against Argentina, Mario Götze has settled in the Dutch city since last season. The 29-year-old former Germany international (63 caps, 17 goals) has been a cornerstone of the team since his arrival, and is hoping to finally get back on track in a career marked by a devastating muscular disease (myopathy) detected in 2017, when he played for Borussia Dortmund.

4 – the number of league wins PSV Eindhoven have had in as many days this season. Unbeaten, the Dutch side fell to Benfica in the Champions League play-offs (2-1, 0-0). A similar fate to that of AS Monaco…

Along with Athletic Bilbao, its great rival, Real Sociedad is the other great club of the Basque Country in Spain. Founded in 1904 as San Sebastián Recreation Club, the football team from the city of San Sebastián was formed by British and Irish students and workers. Twice winner of the Spanish championship (1981, 1982), Real Sociedad has been one of the outsiders in the Liga Santander for the last few seasons.

>> READ ALSO: AS Monaco expands its presence in Asia with a new sponsor

Regularly present in the top eight at the championships, Antoine Griezmann’s club finished fifth in the league last season and also won the Copa del Rey, beating arch-rivals Athletic Bilbao 1-0 in the final.

At 35, David Silva has lost none of his smooth skills. Nicknamed El Mago, the magician, for his passing and ball control, the former Spain international (125 caps, 35 goals) made his return to La Liga Santander in 2020, after ten seasons with Manchester City. The Canary Islands native has been the technical leader of the Real Sociedad team since his arrival at Valencia. A winner of Euro 2008, the 2010 World Cup and Euro 2021, David Silva also brings experience to Imanol Alguacil’s squad. His reunion with Cesc Fabregas, with whom he won everything with the Spanish national team, should be the highlight of the double confrontation between Real and ASM.

4, the number of goals Mikel Oyarzabal has scored in the league since the beginning of the season. The Spanish international is Real Sociedad’s strong man in attack. Monaco’s defence is warned.

On paper, the Sturm Graz team is the least impressive. The club from Graz, the country’s second largest city, finished fourth in the last Austrian championship and has won its national championship three times, in 1998, 1999 and 2011.

Founded in 1909, the club shares its stadium with local rivals Grazer AK. After a few complicated seasons – the club faced serious financial problems – Sturm Graz managed to recover, to the point of being Austrian vice-champion and Austrian Cup winner in 2018.

Stefan Hierländer, captain of Sturm, is the focal point of the Austrian team in midfield. The 30-year-old Villach native is a fixture in the Austrian league, winning the title in 2012 and 2014 with RB Salzburg. Hierländer moved to Sturm Graz in 2016 from RB Leipzig between 2014 and 2016. He also has 3 caps for the national team.

2, as is Sturm Graz’s current position in the Austrian Bundesliga, seven points behind RB Salzburg, the country’s biggest club.