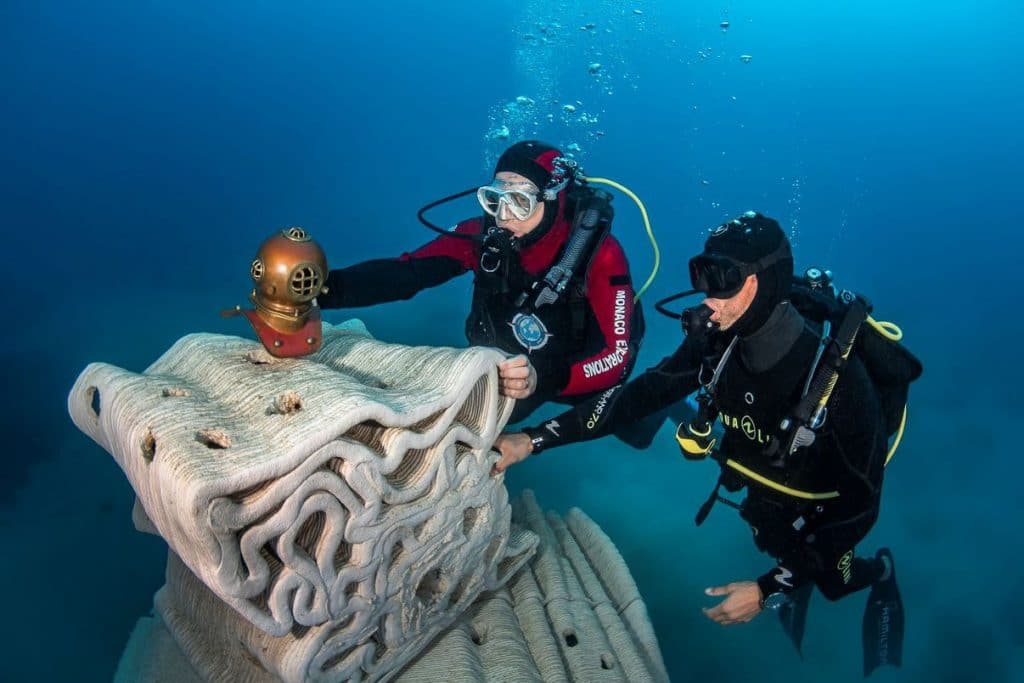 The Prince took part on October 27 in the inauguration ceremony of an artificial reef, paying tribute to Albert Falco, Captain Cousteau’s second in command.

Artificial reefs are all about allowing the underwater fauna and flora to reclaim their rightful place. On 27 October, a 3 x 3 metre, 10-tonne structure was set down at a depth of 18 metres in the Larvotto reserve.

During the inauguration ceremony, the Prince paid tribute to Albert Falco, Captain Cousteau’s second-in-command and a pioneer in deep-sea exploration. A commemorative plaque on the South Digue of the Larvotto Complex now serves as a memorial to the oceanaut who died in 2012.

A welcome refuge for fish, molluscs and crustaceans

The artificial reef was designed by Pierre Frolla, in partnership with the Environment Department and the 3D printing company Xtree. Made of rough concrete, it is designed to have no negative impact on ocean life and to become covered over time with algae and coral.

The Principality is very much involved in funding and research into artificial reefs, which offer real hope for safeguarding underwater biodiversity. These structures installed at the bottom of the sea provide a life-saving habitat for fish, moray eels, octopus and crustaceans. The many recesses serve as shelters and lairs for living species.