Elizabeth Wessel: a needle in one hand, a brush in the other 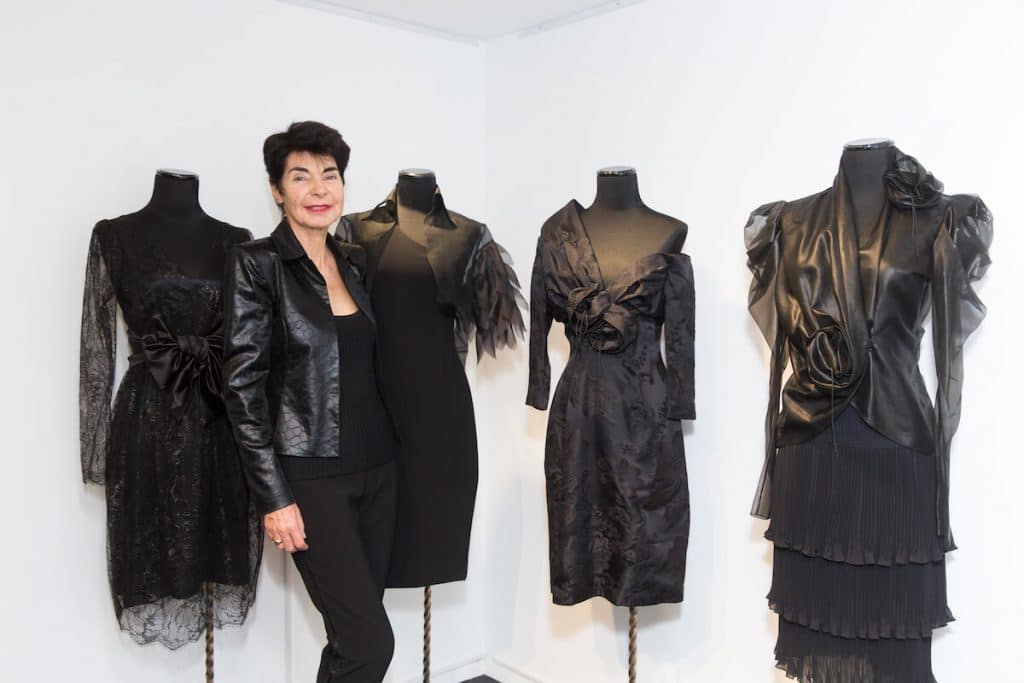 Both a fashion designer and painter, this Monegasque of Danish origin has just taken part in the Luxembourg Art Prize 2021.

Great pride. This is what Elizabeth Wessel felt on December 1st when she received her certificate of merit at the art competition organised by the Musée de la Pinacothèque, in the Grand Duchy of Luxembourg.

A competition which pits several hundred international artists against each other every year, and in which Elizabeth Wessel was invited to take part.  “It was my first time. I was very pleased, even though I didn’t win.  I am delighted with the award and I will enter again next year,” she told us.

Elizabeth Wessel presented five works. Five paintings created at different times, including a piece entitled No Limits, which was selected to take part in the Beijing International Art Biennale in January.

We travelled a lot with my parents. (…) I spent all my time drawing.

Keen from an early age

Elizabeth Wessel’s artistic talent developed from childhood: “We travelled a lot with my parents. We were in hotels a lot and since back then there weren’t any game consoles to play with, I was given a pad of paper and pencils and I spent all my time drawing.”

A passion that endured at school and up until she turned sixteen. Baccalaureate in hand, Elizabeth Wessel at the time wanted to become a fashion designer and joined the Ecole de la Chambre Syndicale de la Couture Parisienne, which has now become the new French Fashion Institute. Three years and a diploma later, the young Dane struggled to find a job, despite very good results.

“French students were given priority in fashion houses.  I went door to door with my portfolio and I was finally taken on by Lapidus, then by Torrente, and then I created my own brand and opened my shop in Paris.” recalls the artist.  A few years later, she left the capital to open premises in Monaco and show her collections to the world.

Little by little, Elizabeth Wessel’s talent became known, especially in Japan, where she met with great success and created her Japanese brand. “I went to Tokyo five times a year, it was amazing!  When there was a recession, I terminated my contract and came back to do haute couture for a high society clientele in Monaco.”

At the same time, Elizabeth Wessel began to paint.  Women, mostly.  “It’s the job, I’m not very good at men, but I’m going to take them up,” she jokes.  I also like to paint vegetation:  I lived in Latin America for a long time and the jungle and nature really get me going.”

And despite her works being exhibited all over the world, it is in Monaco that the artist has chosen to stay:  “I love the cosmopolitan side of Monaco and life is very pleasant here.  For my job as a fashion designer, Paris is easier, for sure.  But for the painting side, being in Monaco is not a problem.  It’s a different world than fashion, which is very capital-centered”.